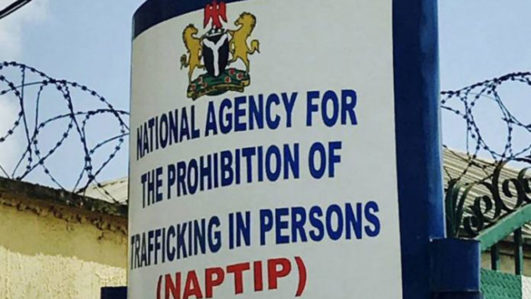 The National Agency for the Prohibition of Trafficking in Persons, NAPTIP, has kicked off a week-long awareness campaign against online trafficking in persons and the use of technology by traffickers to recruit victims.

Detailing recent methods adopted by traffickers to lure victims for the purposes of organ harvesting, sexual exploitation and forced labour, Director General, NAPTIP, Dr. Fatima Waziri-Azi, said there has been a rise in the use of social media platforms such as Facebook, Instagram and others, for the recruitment of victims of trafficking.

Speaking at a world press conference by the agency yesterday in Abuja to mark this year’s World Day Against Trafficking in Persons, Waziri-Azi said the fact remains that while technology has come as a great relief and a major boost in the way of life of people, the same has left much to be concerned about because human traffickers have also caught on to this digital transformation.

According to her, “The internet provides easy access to a larger pool of potential victims because geographical limitations no longer exist thereby increasing the ease with which traffickers can locate and recruit their victims.

The United Nations, (UN), has chosen the theme ‘Use and Abuse of Technology, for this year. The theme is timely and couldn’t have come at a better time considering the fact that human traffickers now operate online as much as they operate offline.

She said “At NAPTIP, we have seen an increase in fake job advertorials and fake scholarships via social media as Traffickers used to recruit and catfish unsuspecting victims. Traffickers also use technology to control their victims. For instance, besides oath taking they make nude videos of their victims and threaten to share the explicit images online.”

“If COVID-19 has taught us anything, it is the reinforcement of the need for digital channels of communication which has led to a massive digital transformation.”

The DG explained that the agency has gone into formidable cooperation with stakeholders such as the International Organization for Migration, (IOM), the United Nations Office on Drugs and Crime, the International and Ibero-American Foundation for Administration and Public policies (FIIAPP) and Meta, owners of Facebook and Instagram as well as the International Police, (INTERPOL), among others, to stem the growing trend.

Pointing out some of the ways victims are lured, FIIAP representative, Jose Antonio Nsang, said a lot of young people are deceived with juicy offers of academic scholarships, job offers, openings in football clubs, religious pilgrimages and tourism opportunities among other methods of decoy.

He said “Use of technology especially post the COVID-19 pandemic, has been exploited by human traffickers and as the use of technology increase, trafficking also increases hence the need for law enforcement agents to cash in on technology as well”

Team lead, Counter Trafficking of the UNODC, Abimbola Adewumi, said the 2020 report of trafficking in persons by her agency, revealed the use of the internet has been integrated into the business models of traffickers and it facilitates the luring of victims.

“The expanded global usage of technology fostered by COVID-19 pandemic has further increased these risks with traffickers using the internet to identify, recruit and contact their victims.”