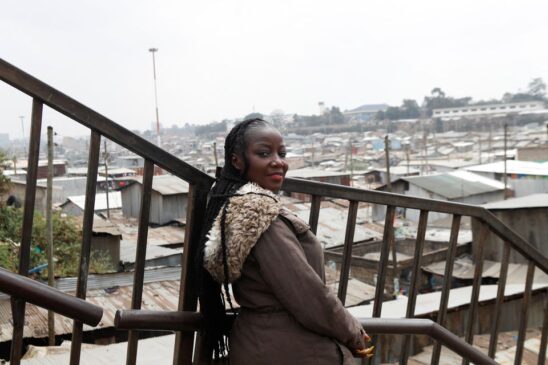 Liz Njue, a Kenyan psychologist who wanted to stand for a county assembly seat, had just arrived to vote in her party primary when opponents attacked her, pulling her hair and tearing her blouse. She fled without casting her ballot and lost the race.

Njue is one of the dozens of female candidates who have been physically assaulted during campaigning for presidential, legislative and local elections on Aug. 9, according to the Kenya Women Parliamentary Association.

Such violence deters all but the most determined women from contesting, said Mercy Mwangi, the association’s program coordinator, adding that most cases go unreported.

“People are saying, ‘We want women in politics, we want more women to get these political seats. But how are they going to get them if they are humiliated?” said 39-year-old Njue.

She reported her attack to the police but said there had been no arrests. Police spokesperson Bruno Isohi Shioso said Njau’s case remains open and active.

It’s unclear who organizes most attacks but candidates suspect their competitors. None of the major political parties responded to requests for comment on the issue.

Violence against women is not confined to the political arena. Nearly half of women in Kenya experience gender-based violence, according to the Gender Violence Recovery Centre at the Nairobi Women’s Hospital.

Mary Mugure, a former sex worker, received threatening phone calls and text messages while running for a county assembly this year. In November, two men on a motorbike attacked her while she was walking down the street.

“It was just to intimidate me, to make me step down,” said Mugure, who continued campaigning but lost the nomination.

One 2020 study published by Cambridge University Press said a constitutional requirement established a decade earlier -that no gender should have more than two-thirds of the elected or appointed positions – may have created a backlash against women.

The quota has never been met. There are 75 women in the 349-member lower house, including 47 seats reserved specifically for women. Women make up about a third of the upper house. Only three out of 47 county governors are women.

No woman has served as Kenyan president or vice president, although one of the current presidential front-runners, Raila Odinga, has a female running mate https://www.reuters.com/world/africa/odingas-running-mate-kenyan-election-promises-corruption-crackdown-if-elected-2022-06-21.

In neighbors Ethiopia, Tanzania and Uganda, more than a third of parliamentarians are women, the Inter-Parliamentary Union said. Ethiopia and Tanzania have female presidents.

Occasionally, there’s a happy ending. Sarah Korere, the legislator for the Laikipia North constituency, was assaulted by a fellow parliamentarian in 2016.

She ended up taking his seat the next year, climbing from a reserved women’s seat into the mainstream – a move that comes with a significantly bigger budget. She used that money and donations to build a new school, she said.

Her assailant was jailed for a year in 2020 but released after three months. He is now trying to reclaim his seat – but these days he is more polite said Korere.

The opponent, Matthew Lempurkel, could not be reached for comment. His lawyer James Orengo did not return calls seeking comment.

“When he (Lempurkel) was jailed it was a very good message,” she said. “It was a win for Kenyan women.”