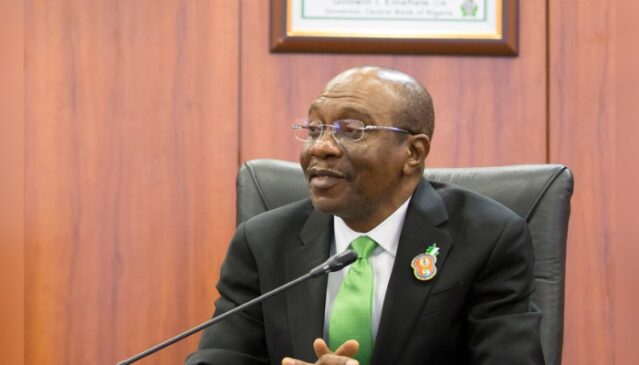 Nigeria’s Central Bank Governor, Godwin Emefiele has disclosed that the rising crude oil theft in the Niger Delta region has made it difficult to grant foreign exchange to aviation operators.

Emefiele disclosed this on Monday, during a House of Reps meeting between the Nigerian National Petroleum Company (NNPC) and the Central Bank of Nigeria (CBN), discussing ways of resolving the issues lamented by the airline operators of Nigeria which almost led to a shut down of operations.

He added that the CBN will not grant any concession to the airline operators because it would amount to giving subsidies to aviation operators.

Reacting to calls by the airline operators to reduce the cost of aviation fuel, the CBN Governor said, “oil theft in the Niger Delta was exacerbating the unavailability of foreign exchange.”

He added that the CBN had no foreign exchange for airline operators and that since the landing cost of aviation fuel was N460 per litre, the price would come to N550 per litre at the pump. He added that the Bank would not grant any concession because it would amount to giving subsidies to aviation operators.

“I compelled some fuel marketers to take the loss and to sell aviation fuel at N480 per litre after getting a call from the Chief of Staff to the President that the operators were planning a strike and I promised to intervene,’’ Emefiele said.

Also speaking on the matter, the GMD of the NNPC, Mele Kyari said aviation fuel cannot have a fixed price because it is a deregulated product.

“It is our role to ensure we intervene. We did. We brought in products so that we can dampen the price. In March and April, we brought in cargo and made it available to the entire industry at N460.

“There is a build-up to that price. When the customer takes marine at N435, he has to transport, he has to the charter vessel, bring it to his depot, to his fuel station and transport it. So there cannot be two same prices in Lagos and Maiduguri.