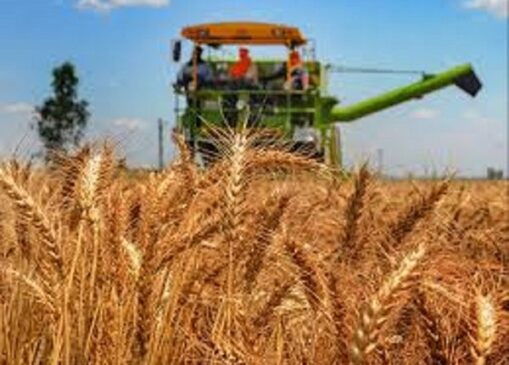 The Federal Government on Monday said it would crash the price of wheat in Nigeria with the production of 2.7 million metric tonnes of the commodity across the country.

It said the production of wheat would not only warrant price reduction but would save Nigeria from spending millions of dollars on wheat imports, as well as create jobs.

The government disclosed this through the National Agricultural Land Development Authority, as it stated that the increase in production would make flour accessible to bakers and other users,

The Executive Secretary, NALDA, Paul Ikonne, who stated this in Abuja while playing host to the Governor of Gombe State, Muhammad Yahaya, said the 2.7 million metric tonnes target was achievable, as Nigeria had all it required to meet produce the commodity.

He said, “It is very urgent for Nigeria to take advantage of what is happening in the world by producing our own wheat, maize, and other crops.

“We have the potential, the manpower, good weather, and others. President Muhammadu Buhari has resuscitated NALDA to make sure we get the land, get people motivated and make our farmers get back to farming.

“We have procured some processing machines so that it will be easy for farmers to start wheat processing. The small and big flour mills also need the raw materials.”

Ikonne said the Gombe State governor had pledged 4,500 hectares of land for the aggressive production of wheat and that NALDA was collaborating with the Central Bank of Nigeria to meet the 2.7 million production target.

He further stated that the authority was working with the Federal Ministry of Education to get 30,000 hectares of land from universities for the cultivation of wheat, cassava, and maize.

On his part, Yahaya said Gombe State was already in line with the wheat the Federal Government’s production target.

“We cultivated 200 hectares of wheat this year and the result is good, that is why we are working with NALDA to expand our production. With the recent Russia-Ukraine war, we need to do more to stop the importation of wheat,” he stated.