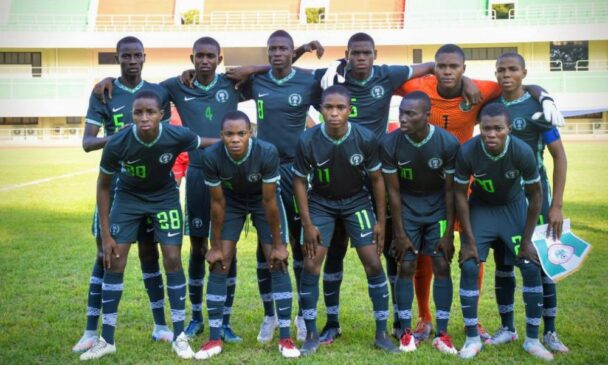 The Golden Eaglets turned up in style as they ran out 4-2 winners against hosts Black Satellites on Saturday in their opening game of this year’s WAFU B U-17 Championship in Cape Coast, Ghana.

The five-time world champions opened the scoring with a thunderous free-kick by wing-back Emmanuel Michael hit from 23 yards out in the 12th minute, which the Ghanaian goalkeeper, Ahmed Amadu Dembaram, had no answer to.

The Eaglets doubled the lead just a minute before half-time through forwarding, Precious Williams, ensuring they entered half-time with higher morale.

Nigeria’s advantage was extended further in the 51st minute by Jubril Azeez, but the Starlets reduced the deficit seven minutes later when substitute Abdul Salifu got the better of goalkeeper Richard Odoh.

The Eaglets kept pressing and in the 77th minute, they were rewarded when midfielder Ebube Okere’s goal sent the net bulging to make it 4-1 for Nigeria.

A momentary switching-off in the box led to Nigeria conceding a penalty with two minutes to the final whistle, which was put away and cut Nigeria’s advantage to two goals.

With the victory, the Eaglets lead Group A of the championship ahead of their clash with Togo on Tuesday. Victory over the Togolese will guarantee Nigeria a spot in the tournament semi-finals.