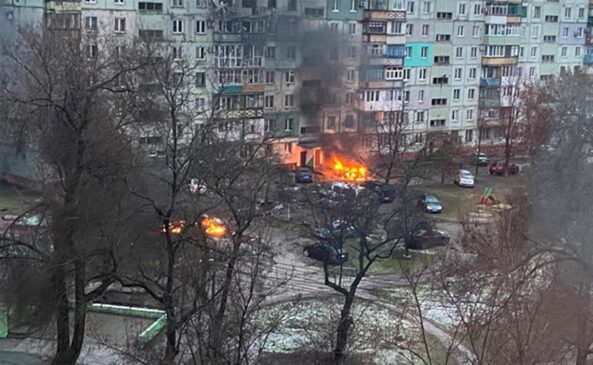 The United Nations Development Programme (UNDP) announced Monday that it plans to rebuild Ukraine and unveiled a new initiative to support millions of people in the war-torn country over the next two years.

The UNDP said the new initiative will provide extensive on-the-ground services and support to Ukrainian officials and institutions. It will also conduct the repair of “critical social and physical infrastructure” along with debris removal services, and support conflict-affected women in livelihood recovery and skills development, among other initiatives.

It added that the program will meet immediate humanitarian needs and strengthen resilience, social and economic recovery and strengthen institutions and civil society to “maintain the social fabric, uphold human rights and ensure inclusion, protection and empowerment of all people.”

“The war in Ukraine continues to inflict immense human suffering and early estimates project that close to two decades of socio-economic progress could be lost if the war continues,” UNDP Administrator Achim Steiner said in a release.

Early UNDP projections suggest that up to 90 percent of the population of Ukraine could face poverty and be vulnerable to poverty by the end of 2022.

“As part of a coordinated UN response, UNDP has an unwavering commitment to stay and deliver for the people of Ukraine — that includes supporting the Government to sustain essential governance structures for emergency response management, deliver vital public services, and protect livelihoods,” Steiner added.

Last month, the U.N. reported that almost 6.5 million Ukrainians had been internally displaced amid the conflict in addition to the well over 3 million people who have fled the country and are living as refugees abroad.