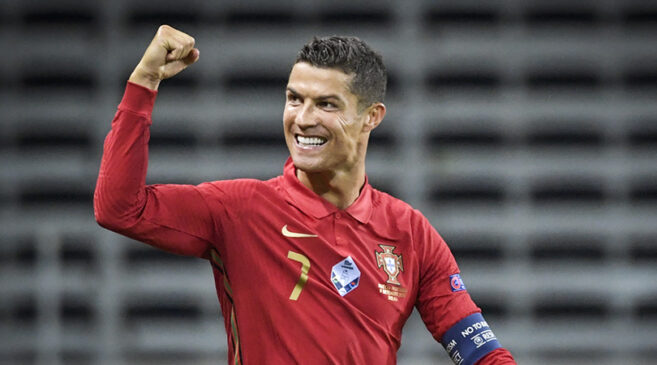 In the 35th minute of the Portugal vs Switzerland match, Ronaldo smashed in from 12 yards after being teed up by Diogo Jota. His earlier attempt was at the 14th minute when Gregor Kobel punched out his shot, but William Carvalho was quickest to react, putting the ball behind Switzerland’s goalkeeper.

19 years after making his debut for Portugal, Ronaldo scored 117 goals for his country in 188 games. The 37-year-old is expected to be on the lineup against the Czech Republic on Thursday, June 8, 2022. So far in the UEFA Nations League, the Czech Republic has been unbeaten in its campaign, drawing Spain in their last encounter.

While Portugal leads the Czech Republic with just a goal difference in League A Group 2, both countries are set to battle at the ‘Estádio José Alvalade’ in what is expected to be a memorable encounter.

This much-anticipated contest will be live on SuperSport Premier League (DStv channel 203) on Thursday, 9 June, at 7.45 p.m. You can also watch on the move on your mobile devices with your MyDStv mobile app.

Jaroslav Šilhavý Czech’s team has shown an incredible performance, winning the first and drawing a second match. In their last game against Spain, Jakub Pesek opened the goal line in the fourth minute with a beautiful shot from Jan Kuchta’s pass. The Czech showed impressive attacking strength despite Spain having a more recognizable team.

Though the Czechs were forced to settle for a draw against Spain, the team will be under pressure when facing an energized Portugal team with Ronaldo leading the attack.

Portugal was the winner of the inaugural Nations League in 2019 and will be hopeful of repeating that feat after making such a strong start to this season’s competition.

But will the Portuguese keep their momentum against the determined Czech Republic team?

This fierce encounter will be live on DStv. Simply visit www.dstvafrica.com to renew your subscription. You can also catch the amazing actions on MyDStv mobile app at no extra cost.