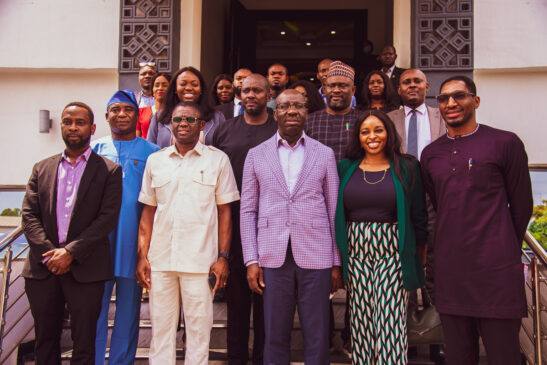 The Edo State Governor, Mr. Godwin Obaseki, is scheduled to receive a delegation of the trade mission from the Miami- Dade County, Florida, United States of America, who are expected to explore opportunities for investment in the state’s tourism, maritime and aviation sectors, among others.

The Commissioner for Industry, Trade and Co-operatives, Hon. Afie Braimoh, who disclosed this to journalists in Benin City, said the trade mission delegation is expected to be in Benin City, the Edo State capital, between June 18 and 19, 2022.

She said the 40-man delegation will include four Miami Commissioners, among other top U.S-based investors, who will explore various opportunities for partnership and investment in the state, leveraging the reforms and business-friendly environment as well as incentives provided by the Obaseki-led administration to support business growth and sustainability.

The commissioner said the government is pursuing programs and reforms aimed at engendering sustainable growth and development and ensuring economic prosperity for the Edo people, reassuring that the investors will leverage the opportunity of the visit to invest in new frontiers.

Braimoh disclosed that she struck the deal for the investment meet during her last visit to America where she met with the County’s Director of Protocol and International Affairs for Miami International Airport, Mr. Desmond Alufohai, who hails from Sabo-Ora, Owan West Local Government Area of the state.

She noted that the County Director has facilitated several annual trade missions across Africa and other continents for years.

The commissioner said the Edo Ministry of Industry, Trade, and Co-operatives has set up a high-powered planning Committee which includes other Commissioners in the Ministries of Tourism; Security; Oil, Gas and Mining, and Agriculture with the goal of ensuring that the gains of the trade mission’s one-day visit to the state are fully maximized.

Braimoh said the team has a special interest in investment in Africa’s tourism, maritime, and aviation sectors, which are in line with the Obaseki’s Making Edo Great Again (MEGA) Agenda to make Edo State a tourist destination.

Other areas of possible collaboration, according to the commissioner, include maritime services with opportunities to export ‘Made in Edo’ products via Miami International Port.