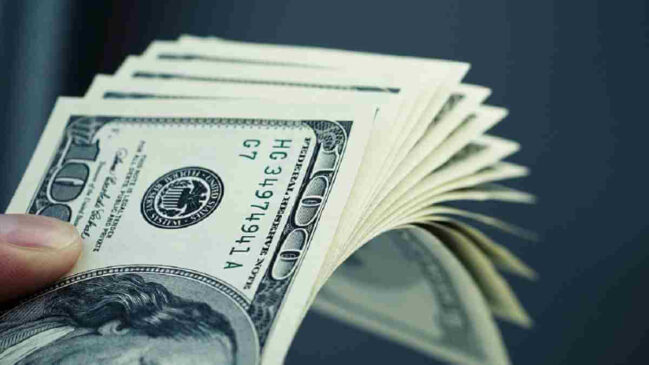 The United States (U.S) dollar mixed against its major trading partners early Wednesday ahead of the release of wholesale inventory and trade data for April and weekly US petroleum stocks.

The Federal Reserve is widely expected to raise its federal funds’ rate by 50 basis points at its meeting next week, with recent comments from Fed officials supporting that expectation and pointing to a further 50-basis point increase at the July 26-27 meeting as well.

Federal Reserve officials remain in a quiet period this week ahead of the June meeting, so there are no appearances on the schedule.

The key data release this week, the consumer price index for May scheduled for Friday, is unlikely to have any impact on next week’s Federal Open Market Committee decision.

A quick summary of foreign exchange activity heading into Wednesday shows that USD-CAD ticked up to 1.2543 from 1.2532 at the Tuesday US close but was down from 1.258 at the same point Tuesday morning.

There are no Canadian data scheduled for release on Wednesday. After a 50-basis point rate increase at its meeting last week, the Bank of Canada is expected to push rates even higher at future meetings to fight inflation. The next meeting is scheduled for July 13. USD-JPY rose to 133.8915 from 132.6286 at the Tuesday US close and 132.81 at the same point Tuesday morning.

Still, the Bank of Japan is expected to maintain its ultra-low interest rate regime at its meeting on June 16-17 immediately following another anticipated 50-basis point rate increase by the Fed, a sentiment that is supporting the dollar.

GBP-USD fell to 1.2556 from 1.259 at the Tuesday US close but was higher than the 1.2494 reading at the same point Tuesday morning. UK home prices hit a record high in May according to data released overnight, while construction PMI hit a four-month low in April. The Bank of England meets next on June 16 where another increase in interest rates is expected.

EU employment growth accelerated in Q1 according to data released earlier Wednesday, while GDP growth was faster than expected during the same period. The European Central Bank meets on Thursday and is expected to hold rates steady while setting up for a possible rate increase at its July 22 meeting.