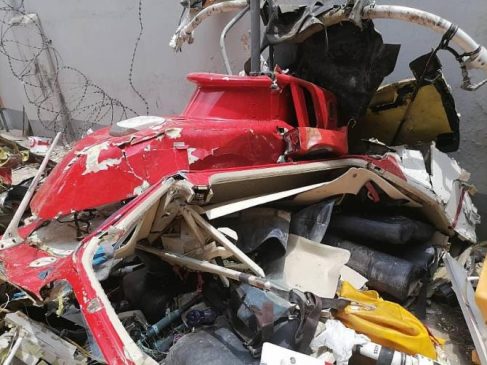 Quorum operates in the aviation and logistics business by flying customers to both onshore and off-shore designated locations especially for the oil and gas industry and for tourism.

It also offers emergency evacuation service; aircraft consultancy services; oilfield engineering and special transportation to political rallies. As at the time of filing this report, details of the incident were still sketchy.

Confirming the incident, the Lagos State Emergency Management Agency (LASEMA) said that the injured person has been resuscitated and taken to a nearby General Hospital.

Also, the Accident Investigation Bureau (AIB) said that the incident occurred around 12 noon at the Salvation Bus Stop in Opebi area of the state.

AIB Spokesperson, Tunji Oketunbi, said that personnel of the bureau have been drafted to the scene of the incident to ascertain its cause.