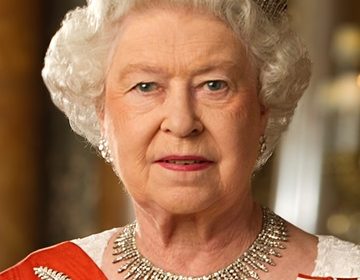 The Queen is advertising for a new member of staff to help the Royals organise their travel plans, in the wake of criticism received by Prince Harry and Meghan Markle for using private jets.

The role, advertised as The Director of Royal Travel, is intended to ensure that members of the Royal family are using “safe, efficient, cost-effective and appropriate travel services”, following criticism over the environmental impact and financial cost of the Duke and Duchess of Sussex flying on private planes.

The Director of Royal Travel will be paid a salary of £85,000 and will work 37.5 hours a week, mostly based at Buckingham Palace. Their job will involve having “overall responsibility for organising air travel” for the Royals, as well as “overseeing the operations of The Queen’s Helicopter Flight and usage of scheduled train services and the Royal Train.”

It’s clear the Royals are taking the environmental impact of air travel into consideration, with the Director of Royal Travel also being required to “liaise with the relevant authorities to provide advice and recommendations on travel, taking into account security, safety and environmental considerations.”

The job also deals with the financial cost of having various Royals flying across the world, sometimes simultaneously. The Director will need to “ensure planning and procedures are highly effective, researching and negotiating value for money contracts and options for travel.”

Following criticism over the Royal Family’s spending on travel, the Daily Mail reported that the Royals spent £4.6 million on travel last year alone.

READ  Harry, Meghan, With Baby Archie Opting For A Low-Key Christmas With Markle’s Other May Be A Source Of Frustration To The Queen.

Meanwhile, the Royal Family’s carbon footprint from official travel was revealed to have doubled last year to a figure of 3,344 tonnes of carbon dioxide, with Meghan and Harry coming under fire for flying on private jets four times in the space of 11 days.

However, Prince Harry addressed the criticism, saying that flying on private planes is necessary to ensure his, Meghan and baby Archie’s safety.

Harry said, “I spend 99% of my life traveling the world by commercial [aircraft]. Occasionally there needs to be an opportunity based on a unique circumstance to ensure that my family is safe.”

Well, if you reckon you’ve got what it takes to book Meghan and Harry’s flights, apply by the 20th December.