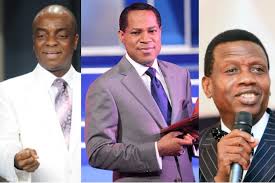 It was Father Charles Coughlin who once stated, “I will confront the Herods by name and facts, even though my head will be served on golden platter…” He was drawing a parallel between his own mission and that of John the Baptist whose head was severed and served on a platter because of his reproof of King Herod’s sinfulness. He was vociferously opposed to the economic and social reforms of President Franklin Roosevelt, collectively known as the New Deal.
In spite of his spirituality and yearning to work for God, King David strayed, not such much because he was tempted, but because he had the power to appropriate the object of his temptation. Many men lust after people’s wife, but may not succumb to this temptation, not due to their high moral fiber, but because they lack the wherewithal to take possession of this curvaceous woman that is a neighbor’s wife. So, those in power may not always be more sinful than the common man, but they have greater means to attain their heart desires, be them lofty or degenerate, altruistic or villainous, exemplary or murky.
Those in power personify the powers of the government and have control over vast resources. Therefore, they are natural magnets for sycophants and opportunists. They are also irresistible lures for women and other sirens of life. Consequently, they are subject to greater temptation, as they can be heady with the perks of power, captivated by a swarm of seductive women and giddy with the flatteries of sycophants. Not surprisingly, they are more prone to err. As a result, it is necessary, for their own good and that of the public, that they are subjected to unremitting criticisms.
These criticisms help to remind them of their limitations and sensitize them to the fact that in spite of the loftiness of their positions and expansiveness of their powers, they remain as fallible as, even the forgotten and utterly powerless destitute. No wonder, the ancient Chinese philosopher, Confucius, enjoined his followers to “criticize an erring ruler fearlessly in behalf of the common good”.
The unction of God provides the moral courage and moral authority, and the pulpit, a sacrosanct platform for this important service to the society – fearless censure of a sinful ruler. Having taken Uriah’s wife, Bathsheba, and then plotted and executed his death, King David was confronted by a man of God, Nathan. Nathan told David of his sinfulness, laying bare his hypocrisy and double standards. John the Baptist denounced King Herod for taking his brother’s wife and for “all the evil which Herod had done”. King Herod arrested him, imprisoned him and finally beheaded him.

As iniquitous as the Nigerian society is, why are our men of God not reprimanding the ruling elite and asking them to repent of their wicked ways? The power elite are corrupt, rapacious and lawless. They steal public funds, flout the law, trample the collective will of the people, and persecute and murder political opponents. Does the Christian creed acclaim any of these? Definitely, it does not. Why then is the church leadership not speaking out against these evils of the ruling class?

This is because they lack the Spirit of God, and therefore the courage to speak out against the immoralities of the Herods of our time. Courage comes from God. Consequently, no true man of God can be a coward. However, many of our pastors and bishops are not actually working for God. Many of them do not have the calling of God; they are on their own self-serving missions. Secondly, what you do not have you cannot give. The religious elite are as sinful as the political elite. Despite their much vaunted “born again” credentials, they are still as snobbish, selfish, dishonest and lecherous as the most degenerate of the Nigerian society.

They dispossess their members, including the very poor, of their income, in the name of tithes and offerings, to maintain an awe-inspiring life style: dwell in magnificent mansions, continually spruce up their lavish wardrobes, maintain a fleet of luxury cars, indulge their fancies, etc. They pervert the gospel of Jesus Christ with their prosperity doctrine. Their prosperity doctrine gives the impression that the central theme of Christianity is the acquisition of wealth and the enjoyment of life. They harp on sowing of seeds, preaching that wealth, that object of obsession of the Nigerian society, will readily accrue to those who sow seeds. The sowing of seed goes to line the pastor’s pocket and enlarge his financial empire.
The essence of Christianity is salvation. Wealth, health and other blessings are secondary outcomes, things that will be added to the lives of Christians after they have sought “first the kingdom of God and all its righteousness”. So, according to the Bible, wealth does not come from sowing seeds, but by seeking the kingdom of God and all his righteousness. Today, how many pastors genuinely endeavor to teach their flock how to seek and find the kingdom of God and all its righteousness? Very few, because that will shift the emphasis away from money, money doctrine which will in turn reduce the flow of seeds and other forms of money into the pastor’s coffers.
They quote with superfluous flippancy Malachi Chapter 3 verse 10, “bring your tithes and offerings” into God’s house, so “that there may be food” in God’s house. They emphasize “bring your tithes in to my storehouse”, but understate “so there will be food in my storehouse”. The tithe is for food in the house of God. It is for the Commonwealth of believers, and not expressly for the enrichment of the pastors. In the early Christian Church, the church’s money was used for the general good of the believers. Today, in many churches, it is solely for the enrichment of the pastors.
John the Baptist stood out from the greed, falsehood, arrogance and hypocrisy of his time. Our pastors are part of the greed, falsehood, arrogance and hypocrisy of our time. He dwelt in the wilderness, that is, literally and figuratively, he was not a part of the worldliness of his time. They luxuriate in affluence and ostentation, that is, they are part of the worldliness of our time. Therefore, he had the boldness to condemn the evils of the King of his era and urge repentance. Therefore, they lack the audacity to denounce the ills of the rulers of our era and preach repentance. Thus, there is no John the Baptist of our time.