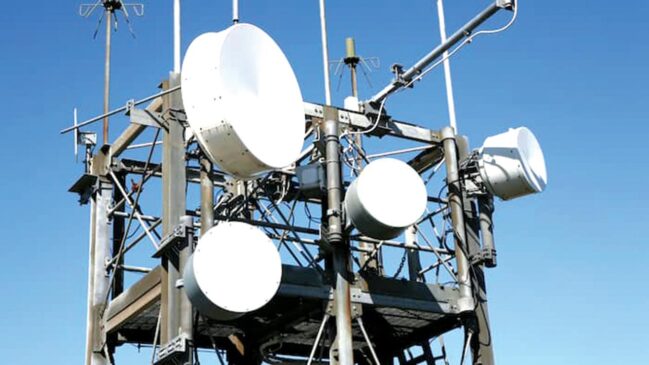 Expert discusses the future of telecommunications in Africa According to Ralph Mupita, the era of proliferated telecom players is fast coming to an end. He has therefore called for major consolidation in the African telecom sector which could potentially result in the emergence of two to three super telcos.

Mupita has been pushing for ‘mature conversations’ about the future of telecoms in Africa since the COVID-19 pandemic. In just a few years, Africa’s telecoms industry will most likely be dominated by just two to three large telecom services providers.

This is one of the views that was recently expressed by MTN Group’s Chief Executive Officer Ralph Mupita, with regards to the future of telecommunications in Africa.

According to the CEO, the era of proliferated telecom players is fast coming to an end. And to replace it, Africa will witness a new wave of super telcos that will possess both the capacity and capabilities to source funding to sustain growth.

“Having a market that is saturated by a number of players is not sustainable. There is simply not a big enough profit pool to meet the return and other financial objectives of a number of industry players. Within the next few years, we will see a sector dominated by 2 to 3 major players who have the capabilities and capacity to rally massive amounts of capital investment locally and abroad, to sustain the industry’s expansion. MTN has every intention of being one of the scale operators in all its markets,” Mupita told award-winning journalist Bruce Whitfield during a webinar titled Think Big.

In a statement by MTN Group which was seen by Business Insider Africa, the CEO was said to have become a vocal proponent for ‘mature conversations’ about the future of telecoms in Africa, following the COVID-19 pandemic. Prior to this time, he had been pushing the conversation about the need for consolidation in the African telecommunications industry.

Citing the US market where the number of registered telcos has reduced by 1.6% between 2021 and now due to ongoing consolidations, Mupita argued that the same model should be applied in Africa. This is because “consolidation is inevitable”, he said.

Although the CEO did not particularly elaborate on how he sees this “consolidation” playing out, Business Insider Africa understands that he was suggesting mergers and acquisitions within the telecom sector. However, it is not exactly clear whether other stakeholders will agree to the likelihood of this happening anytime soon.

As you may well know, there are quite a number of telecom operators across the African continent. Among the leaders are MTN Group of course, as well as Orange Africa, Vodacom Group, Airtel Africa, Safaricom, Ethio Telecom, etc.