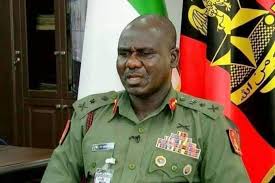 …Says detractors and international Collaborators mischievously and deliberately misrepresented troops’ efforts to ensure compliance with a curfew imposed by legitimate civil authorities. …Order’s PSOs, GOC, Field Commanders to respond quickly and decisively, to any act of arson, or attempt to kill or main any military or security personnel and law-abiding citizens. …Alerts of unscrupulous elements plots to acquire arms and ammunition at all cost from security personnel as 10 AK 47 rifles have been lost to the miscreants in the last 2 weeks. …Reiterated that there is no choice between… 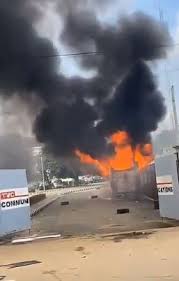 Mark Odigie, an information technologist, had on Wednesday taken his wife, Tope Mark Odigie, to the headquarters of TVC, where she works. The atmosphere around the city was tense and uncertain. The night before had been characterized by the cries of innocent peaceful protesters at the Lekki toll plaza, who were faced by the bullets of trigger-happy soldiers. Tuesday’s brutal attack by these soldiers who were drafted to maintain peace and order following the curfew earlier imposed by the state’s governor, Babajide Sanwo-Olu, has been condemned by many.