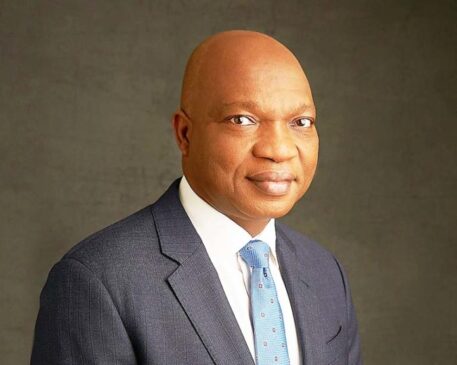 The Supreme Court has ordered all parties to maintain the status quo in a contempt proceeding filed against the Managing Director, Shell Petroleum Development Company of Nigeria (SPDC) Osagie Okunbor, and three management staff of the company.

A five-man panel of the Apex Court led by Justice Kudirat Motonmori Kekere-Ekun gave the order on Thursday while delivering judgment on appeal number SV/CV/398/2022 filed by Osagie Okunbor and others over alleged disobedience of the orders of the Court.

Justice Kudirat Kekere-Ekun in her lead judgment held that the pending applications filed before the court are contentious and cannot be taken now.

The Apex Court also ordered parties to file written addresses and to maintain the status quo pending the hearing of all the contentious applications.

The matter has been adjourned till November 3, 2022, for a hearing.

The Court of Appeal sitting in Owerri, Imo State had ordered the Managing Director and the other three management staff of Shell Petroleum Company to appear before it to show cause why they should not be committed for contempt of court.

The three-man appeal court presided over by the Honourable Justice Rita Pemu had on March 23, expressed displeasure with the management of Shell for disobeying two court rulings against the company.

The judge held that Shell had disobeyed the lower court ruling and they ran to the appellate court and it (Appellate Court) also ruled that Shell should deposit the N800 billion judgment sum against it to the court of appeal account still the company disobeyed the ruling.

On the other hand, counsel to 1st to 88th respondents, Mohammed Ndarant Mohammed, a senior advocate of Nigeria prayed the court to ignore the motion for an order staying execution and urged the court to mandate the appellants to deposit the money in an interest-yielding account pending the final determination of the appeal.

Mohammed also raised the fears the appellants were preparing to close shop in Nigeria and relocate to another country, which would jeopardize the judgment if nothing was done.

THISDAY had previously reported that the Owerri Appeal court had ordered Shell to deposit N800 billion (about $2b) in 48 hours over alleged oil spillage.

This comes after Shell appealed a November 2020 Federal High Court ruling that ordered Shell to pay 800 billion naira ($1.95 billion) to 88 communities of Egbalor Ebubu in Rivers state, who had accused the company of an oil spill that damaged their farms and waterways.

The three-man panel had on Monday, March 14, ordered Shell Plc to stop selling any assets in Nigeria until a decision is reached on its appeal of the nearly $2 billion penalties.

The judges said Shell, acting through its agents or subsidiaries was restrained from “selling, allocating, vandalizing or disposing of any of its assets/properties pending the determination of the appeal.

Disappointed with the ruling Shell approached the Apex Court seeking a stay of the execution of the decision until the appeal is determined.