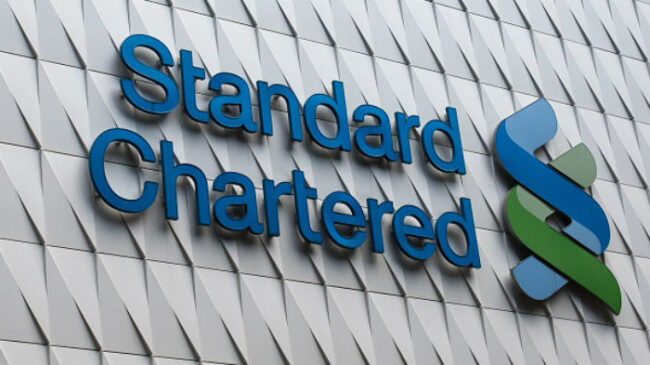 A couple, George Emeka Nwachukwu and his wife, Oluchi, have been arraigned before the Federal High Court, Lagos for allegedly defrauding Standard Chartered Bank Nigeria Limited, of the sum of N203, 865,708.08 million.

Arraigned alongside the Docked the couple by the Police Special Fraud Unit (PSFU), in a charge marked FHC/L/172c/2022, was one Abidemi Thomas.

The couple and Abidemi were arraigned before the court presided over by Justice Peter Lifu, by the men of the Police Special Fraud Unit, Ikoyi, Lagos, on a five-count charge of Conspiracy, obtaining by false pretence, unlawful conversion, and fraud.

The Prosecutor, Mr Justine Enang, told the court that the three defendants committed the offences between January and December 2020, at the Aromire branch of the bank, Ikeja, Lagos.

The prosecutor told the court that the couple conspired with some staff of the bank to fraudulently obtain the sum of N203 865,708.08 million, from the Aromire Branch of Standard Chartered Bank Nigeria Limited.

He told the court further that the couple in connivance with some officials of the Standard Chartered Bank Limited, fraudulently defrauded the bank of the said sum of N203 865,708.08 million, by falsely presenting to the bank that staff of Systemtech Services Limited, needed loans from the bank and that the said staff authorised the couple to approach the bank and negotiate for the loans on their behalf and that the salaries and Grade Levels of all the staff qualified them for the loans.

The Prosecutor, Mr Enang, also told the court that both Oluchi Nwachukwu and Abidemi fraudulently converted the sum of N20 million each, part of the fund to their own use and benefit, knowing fully well that it was the proceed of an unlawful act and obtained by false pretence.

He told the court the offences committed by the three defendants are contrary to Sections 8(a) and 1(1)(a)of the Advance Fee Fraud and other Fraud Related Offences Act. No. 14 of 2996 put punishable under Section 1(3) of the same Act. And Section 15(2)(b) of the Money Laundering (Prohibition) Act, 2011 as Amended in 2012.

The three defendants denied the allegations and pleaded not guilty to the charges.

With the defendants’ not guilty plea, the prosecutor asked the court for a trial date and also asked the court to remand them to the facility of the Nigerian Correctional Services (NCoS) till the determination of the charges against them.

But their lawyer told the court that he was yet to file his clients’ application for bail, though, he orally applied for their bail, which was vehemently opposed by the prosecutor.

Following the opposition raised by the prosecutor to the counsel’s application, Justice Lifu held that bail is the Constitutional right of every defendant.

The judge subsequently admitted each of the defendants to bail in the sum of N10 million with two sureties in like sum.

The judge said one of the sureties must be a landed property owner with a Certificate of Occupancy (CofO) within the Court’s jurisdiction, and the other surety must be a Grade Level 12 officer in either Lagos State or Federal Government establishment.

Justice Lifu while adjourning the matter till May 26, for trial, ordered the remand of the defendants at the NCoS’ custody.