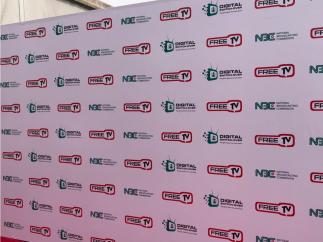 Your Excellencies, distinguished ladies and gentlemen, good morning and welcome to this epoch-making event, which is the Digital Switch Over (DSO) of Lagos State. Please don’t be confused by the technical jargon. DSO simply means the switch-on of digital television in Lagos State.

the clock to ensure the success of the transition from analogue to digital television across the country? They include the National Broadcasting Commission (NBC), the Digital, Broadcast Signal Distributors, Set-Top-Box Manufacturers, the Middleware providers –

In view and Renmore -, Broadcasting Organisations of Nigeria (BON), creative content producers and all members of the Ministerial Task Force on DSO, which I personally chair.

states across the country this year alone in the second phase of the DSO rollout, which begins today.

about, fits into the vision of President Muhammadu Buhari for a digital economy in the country. Mr. President’s vision is that of national technological development driven by Nigeria’s very vibrant and creative young people; who are among the most dynamic in Africa and indeed the world.

The project will therefore enhance the Lagos Smart City Project while revolutionizing television viewing for the more than 5 million TV households in the state. In addition, a large number of the 1 million jobs to be created by the DSO project in the next three years will come from Lagos. Since FreeTV helps to provide Value Added Services, the 20 Local Government Areas and 37 LCDAs in Lagos State will be supported in the collection of Television & Radio Licenses from residents. With FreeTV’s push system for information services, the FreeTV platform can be used to broadcast information on Lagos State activities to all viewers. It will also help Advertisers in Lagos to target which programmes and channels are being watched by the audience, while Lagosians can also cash in on the

Push Video-on-Demand capability of the FreeTV platform to access premium blockbuster Nollywood movies from the comfort of their homes.

country’s creative hub, there is no doubt that Lagos is one of the engines of the DSO project

the background of the current economic climate in the country. But we are determined to succeed.

once-a-year access fee, which is a token, it’s free viewing all the way. Our FreeTV brand is not a fluke. There is no monthly subscription payment. This enables millions of Nigerians who cannot afford to pay the rising subscription fees being charged by the Pay-TV platforms to enjoy the benefit of digital television.