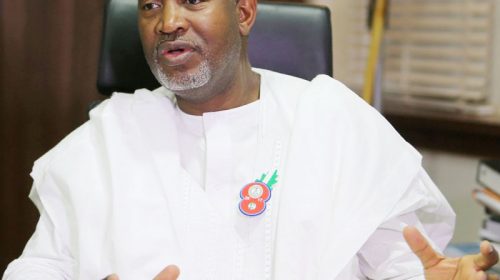 The Minister of State, Aviation, Senator Hadi Sirika has  stated that one of the reasons why Nigeria needed a national carrier is that out of the 83 Bilateral Air Service Agreements(BASA) entered into with other countries only 28  have been reciprocated.

This is just as he also attributed the desirability of the suspended Nigeria Air to the inability of domestic airlines operating in the country to fill the vacuum created by the moribund Nigeria Airways Limited due largely to wrong business models, low capitalisation and poor governance structure.

The Minister stated that despite the fact that many of the BASA’s had been reviewed to create opportunities for domestic carriers, they, however remain largely unutilised due to limited capacity.

Sirika, who said that having a nation carrier would give impetus to the emergence of Nigeria as hub for the West and Central Africa, made these statements at the 5th Aviation Stakeholders Forum in Abuja

According to him, “No domestic airline has evolved to fill the vacuum left by Nigeria Airways since it ceased to operate more than 15 years ago due largely to wrong business models, low capitalization and poor governance structure .

Other reasons why the country should establish Nigeria Air includes: to promote reliable air transport services, support the growth of the aviation industry and domestic airlines through infrastructure expansion, traffic/routes expansion and manpower development associated with the national carrier, create employment and to compete with foreign airlines for a share of international routes through competitive pricing thereby reducing capital flight

On the insinuations in some quarters that the proposed but suspended Nigeria Air will suffer the fate like the liquidated NAL, Sirika stated that issue had been addressed by the conditions stipulated on the Compliance Certificate issued by Infrastructure Concession Regulatory Commission (ICRC), adding that while infrastructure are necessary for the emergence of a hub, the establishment of a national carrier will give impetus to the development of a hub in Nigeria. All hubs must have National or strong carriers. He insisted that project was not experiencing investors’ apathy as shown earlier, has been speculated.

Speaking on the estimated funding requirements for the Nigeria Air project, he revealed that Outline Business Case (OBC) put the estimated funding requirement for the establishment of the project at $300million up to 2020 while initial start–up capital is $55million made up of $25 million for deposit for new aircraft and $30 million for working capital from June to December 2018.

Speaking further, the Minister said that the OBC was presented to FEC for consideration in-line with ICRC Act, 2005 and the National Policy on Public Private Partnerships (N4P).

The Federal Executive Council (FEC) he stated agreed that the project was is desirable and potentially beneficial to the nation but that a decision was arrived at to suspend the project in the interim.

On the participation at Farnborough Airshow, which many stakeholders regard as ‘jamboree, the Minister said, “Farnborough Airshow is a bi-annual Global Aviation event, which provided a perfect opportunity to unveil the National Carrier. It created visibility and connected Manufacturers, Investors and Financiers. It also gave opportunity to showcase all the projects in the Aviation roadmap. As often the practice in such events, the services of a consultant was retained to arrange for the participation of the Nigerian Delegation (hiring of exhibition booth, meeting venues, obtaining relevant passes for delegates, facilitating meetings with prospective investors, logistics, souvenirs, branding materials, meals etc”.

“Due process was followed in retaining the services of the company and Certificate of “No Objection” Ref. No. BPP / RPT/ 18/ VOL 1/095 in the sum of N40, 219,769.20 was obtained. Payment to the Consultant is yet to be made. Certain media publications that $8.8 million was expended at the Farnborough Airshow are unfounded, malicious, misleading, mischievous and baseless,” Sirika stated.

Reacting to suggestion in some quarter that Aero and Arik Airlines which are under the control of Asset Management Corporation of Nigeria (AMCON) should be merged to form a national carrier, the stated that it was tenable as the airline would be entangled with huge indebtedness of the airlines, litigations and other encumbrances.