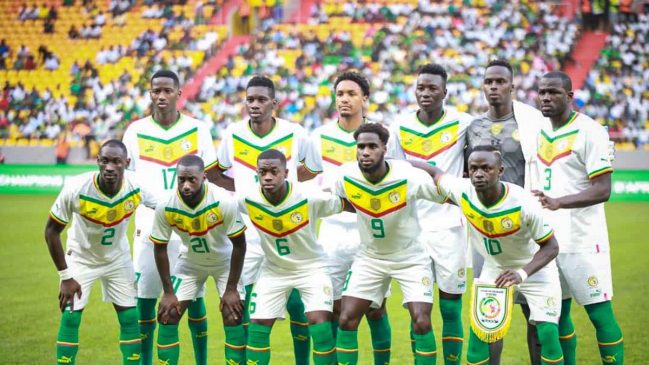 The 2022 FIFA World Cup in Qatar, Senegal is the third appearance at the world’s biggest sporting event after an impressive debut in South Korea/Japan in 2022 and Russia in 2018.

The Teranga Lions are going into the World Cup as African champions having clinched the Africa Cup of Nations in February 2022.

Coming into the tournament, they are tipped as the favourite to perform best amongst the five African representatives in Qatar.

The African champions also boast of a good record at the FIFA World Cup. In their first-ever appearance in South Korea/Japan 2022, Senegal reached the quarter-finals after a historic 1-0 win over defending champions France before losing to Turkey in the last eight.

Unfortunately in 2018, they were the first team in World Cup history to be eliminated using the fair play rule (number of yellow cards awarded) after being tied with Japan on the first six tiebreakers.

Senegal are drawn alongside hosts, Qatar, Netherlands and Ecuador.

If they can build on their impressive 2022 form and storied World Cup history, Coach Aliou Cisse’s men have a good chance to make it past the group stage and possibly make another quarter-final appearance.

Players to watch out for:

Sadio Mane is currently one of the best players in the world and Senegal’s talisman. He is a proven goal-scorer and poses a great attacking threat for Senegal. He is known for his finishing, dribbling, and speed- boasting a top speed of 34.84 km per hour, which makes him one of the fastest forwards on the planet and one of the greatest African players of all time

The Bayern Munich forward recently finished second in the 2022 Ballon D’or men’s player ranking after leading his country to their first-ever African Championship win in Cameroon and impressive performances for former club Liverpool, scoring over 100 Premier League goals and also in Europe. He was recently named African Footballer of the Year for the second time

The Chelsea goalkeeper is equipped with an imposing frame, exceptional reach, and reassuring presence, Mendy has, in the space of just a few years, developed into one of Senegal’s key components.

Mendy led his country Senegal to their first-ever African Championship win in Cameroon, especially with his penalty save in the final shootouts.

He enjoyed great success in 2021, lifting the UEFA Champions League and UEFA Super Cup, and his excellent performances, as well as his perseverance, tenacity and rigour, were rewarded with The Best FIFA Men’s Goalkeeper award in January.

Coach Aliou Cisse assigned him the task of marshalling the Senegalese rearguard.

The right-footed centre-back is renowned for the confidence he exudes on the pitch, well-timed interceptions and effective clearances. Technically proficient and a sound decision-maker, he has the ability to relaunch play from the back, supporting counter-attacks and offering an extra option when his teammates are faced with a compact defence.

A rugged man-marker, the robust and powerful, Koulibaly is generally acknowledged to be one of the most formidable defenders in current football.

Aliou Cisse was a former player of the Senegal national team.

He is best known to be the first to captain the Terranga Lions to their first-ever AFCON final in 2002 and the first manager to win the tournament in 2022.

Cisse is the only African manager going into the Qatar 2022 World Cup.