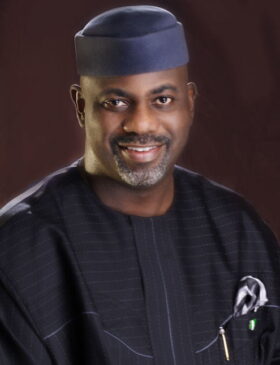 The former Governor of Cross River State, Senator Liyel Imoke, has been unveiled as the keynote speaker for the Federation of Tourism Associations of Nigeria (FTAN) Conference and Annual General Meeting scheduled for Thursday, July 21 in the Federal Capital Territory (FTC), Abuja.

He was unveiled by the President of the Federation, of Nkwereuwem Onung, while giving details of the conference, which he said promises to be a fulfilling, colorful and expository event, designed to focus on the development of the Nigerian tourism sector that has been neglected by the government.

Imoke, he said will speak on the theme of the conference; Tourism in Nigeria: The Way Forward. The former two terms governor of Cross River State’s presentation, he said would pave the way for the two sessions panel discussions with speakers from both the public and private sectors.

The choice of Imoke as headline speaker, he said is deliberate and strategic, given his track records and experience as an astute politician, businessman, and administrator, who consolidated on the frontiers of the tourism economy of Cross River State.

Onung said Imokel, who is an elder statesman, made Cross River an enviable tourist destination of the first choice for Nigerians, Africans, and the world.

Given the neglect visited on Nigerian tourism over the last seven years by the present government and the quest by FTAN to beat a new path for tourism as a viable economic sector, it is only pertinent to have someone with the clout and experience of the former governor to lead the way.

He promised that FTAN will, going forward, leverage the personality of Imoke and others, who have achieved enviable successes in business and tourism, to shape the future of the sector especially in lobbying the government at all levels to focus more attention and resources on tourism if the nation is ever to improve its economy and achieve its development plans.

Speaking further at the conference, Onung said: ‘‘The tourism industry is a highly fragmented sector which involves many stakeholders in the provision of various services. The role of government in facilitating and promoting tourism through the provision of a favorable socio-political and legal environment is of utmost importance.

‘‘The tourism industry in Nigeria is confronted with serious problems including declining international visitor arrivals and decreasing tourism revenues. These very seasoned government officials will be sharing their thoughts on the way forward for the industry, highlighting how the government has, is, and will reposition the sector through tourism policy formulation, developing national tourism plans, and being actively engaged in the provision of tourism and hospitality facilities and services.’’

It is this uninspiring development that has informed the array of speakers put together for the one-day tourism conference and non-elective AGM held at Rockview (Royale) Hotel, Abuja.

According to him, the speakers for the private sector panel include Mrs. Justina Ovat, who is the president of Women in Hospitality and vice president, South-South, FTAN; Mrs. Victoria Akai,