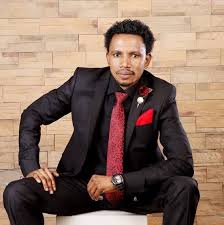 After tried reading Senator Cliff Elisha Ishaku Abbo’s biography after he assaulted a female attendant at an adult toy shop in Abuja only to discover that he’s been HIV positive as early as the year 2004 or earlier. Now I think we know why he opted for an adult toy shop, and could it be that the frustration actually led to the harassment of the shop attendant.

When this medium decided to check his biography on Wikipedia, the information that cropped up showed the lawmaker is a carrier of HIV/AIDS, which might be responsible for his visit to the shop probably to play safe. His health status led to his denial of admission into the Nigerian Naval Training College, Onne, Port Harcourt.

In 2004, he dragged the institution to the court for alleged discrimination on account of his testing positive to HIV virus saying the action is illegal, unlawful and breach of his fundamental right to personal dignity.

An article on him shows An HIV/AIDS carrier, Mr. Cliff Elisha Ishaku taking the authorities of the Nigerian Naval Training College, Onne, Port Harcourt to court for allegedly denying him admission into the college on the grounds of his health status despite passing the recruitment test. He has been HIV positive as early as the year 2004 or earlier.

In a legal action instituted on his behalf by his lawyer,  Barrister Jude Okeke, at the Abuja Federal High Court, Ishaku is seeking among others, a declaration that his withdrawal from the School, by the Naval College and the Ministry of Defence on account of his testing positive to HIV virus is illegal, unlawful and breach of his fundamental right to personal dignity.

Mr. Abbo, a first-time senator from Adamawa State, made headlines on Tuesday for inflicting pains on a lady who intervened during a conflict between the lawmaker and a shop attendant in Abuja, the nation’s capital.

The Peoples Democratic Party (PDP) legislator was said to have entered the intimacy shop, where adult toys are sold, with ladies numbering about three.

He was seen in a video clip slapping his victim after the latter intervened when the lawmaker ordered a police officer to arrest the shop attendant.

Although he has confirmed being the one in the clip, he has however denied what reportedly transpired. He said that he was in the shop to seek justice for his sister who was assaulted even when his comments in the clip said otherwise or not did not relate to his position.

Nigerians on social media who reacted to the report of his outburst wondered what he went to the adult shop to do.

Amidst his outburst said to have occurred in May, Nigerians are demanding the ousting and resignation of the lawmaker.

In another development, Protesters are currently at the Nigeria Police Force (NPF) headquarters in Abuja to demand the arrest and prosecution of Senator Elisha Abbo.

READ  Angela Okorie: Ten Bullets Were Removed From Her Head…

Mr. Abbo pounced on a lady at an adult shop where he went to make some purchase. The lawmaker was reportedly accompanied by three ladies, according to Premium Times which published a video clip showing the Adamawa lawmaker inflicting pains on the victim.

The HIV/AIDS carrier who confirmed that he was indeed the one in the clip denied assaulting the victim due to an alleged insult meted out to him. He said he was in the building to seek justice for his sister who was manhandled at the shop.

His comments during the conflict said to have occurred in May differs from his new position and Nigerians on social media are currently trending several hashtags calling on him to resign as a member of the Nigerian Senate.

Already, the Police are reported to have commenced probe into the matter. The Inspector General of Police, Adamu Mohammed, is said to have ordered the arrest of the Peoples Democratic Party (PDP) lawmaker alongside his security personnel who watched while the fracas lasted.

The shop owner queried why the lady threw up given the fact that she is an adult who would have taken her illness outside. The question angered the lawmaker who said he was insulted.

In a video published by Premium Times, a police officer surfaced at the shop at the instance of Mr. Abbo who was explaining how he was insulted by the shop owner.

When he ordered that the seller be arrested, the lady who owns the shop in their presence made a call apparently informing her relative of what transpired that has led to her arrest, the lawmaker got infuriated and a man who is siding the Senator made effort to confiscate the telephone with which the call was made.

This led to an intervention by a lady who asked that the man take things easy. Again, the lawmaker got angry and pounced on the woman who intervened by repeatedly slapping her face.

He ordered she been taken away for daring to intervene in the matter. The physical injuries he inflicted on the woman is said to have landed her in the hospital.

Nigerians on social media have been demanding the lawmaker resigned his position at the upper legislative chamber.

Also, a former minister and a chieftain of the PDP, Femi Fani-Kayode, has called for the prosecution of the lawmaker. Mr. Fani-Kayode described the attack as barbaric and shameful.

“Utterly barbaric and shameful behavior from Senator Elisha Ishaku Abbo, the youngest member of the Senate,” the politician said in a tweet on Tuesday.

“This is unacceptable and something needs to be done about it. I call for his arrest and prosecution for assault and battery. I advise the young lady that was beaten to sue him!” he added.

Meanwhile, a civil society organization will on Wednesday submit a petition against the lawmaker’s conduct at the Police and the National Assembly.