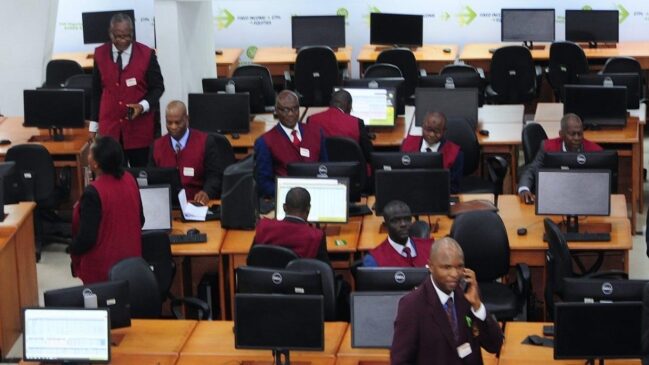 The Nigerian Exchange, NGX, halted the downtrend on Friday after trading losses were recorded due to selloffs on bellwether stocks. For the second consecutive week, profit-taking activities had dominated the stock market performance with the benchmark index recording losses on four of the five trading sessions.

Consequently, year-to-date return moderated as the NGX All-Share Index ended the week 3.1% lower to close at 50,370.25 points. Precisely, stockbrokers at Cordros Capital said in a market report that the sell-offs in MTNN resulted in a 12.6% decline in the company share price.

Data from the stock market indicates that activity levels within the market improved, as trading volume and value increased by 68.5% and 10.0% week on week, respectively.

“We believe the full swing of the H1-2022 earnings season will dictate market sentiments and possibly drive positive performance as investors hunt for bargains in fundamentally sound stocks with a consistent history of interim dividend payments”, Cordros Capital said in its market note.

Stocks analysts envisage there will be intense selling pressures on companies’ shares that grossly underperform in the first half of the financial year 2022. On Friday, the Nigeria stock market halted the eight consecutive sessions’ decline to rebounds by 1.42 percent as investors begin to take advantage of recent low prices of fundamentally viable stocks ahead of half-year dividend earnings.

Market capitalization gained ₦279.16 to increase by 1.42 percent and closed at ₦27.16 trillion. The market activities were mixed, as the total volume rose by 23.54 percent while the total value dipped by 28.29 percent.

Atlass Portfolios Limited market note indicated that about 254.77 million units valued at ₦2.81 billion were transacted in 4,905 deals. On the last trading day, ZENITH BANK emerged as the most traded stock in terms of volume, accounting for 11.08 percent of the total volume of trades.

Nigeria’s most capitalized bank was followed closely by FLOUR MILL (9.21%), UBA (7.60%), FBNH (7.44%), and DEAPCAP (5.59%) to complete the top five on the volume chart. FLOURMILL was the most traded stock in value terms, with 20.90 percent of the total value of trades on the exchange, stockbrokers said.