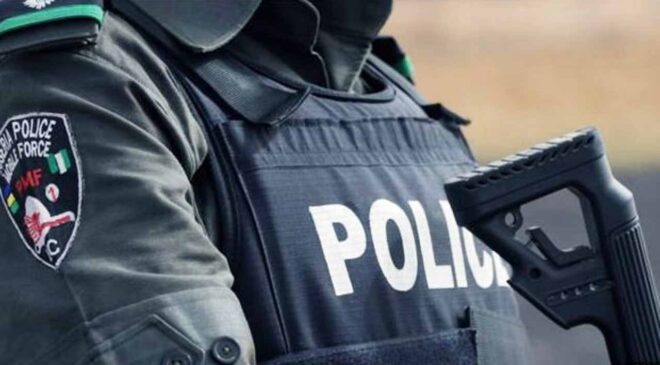 There was pandemonium at the popular New Benin Market in Oredo Local Government Area of Edo State on Saturday, following a clash between Hausa and Igbo traders.

Although the situation has been brought under control, it took the quick intervention of combined security personnel to quell the crisis.

Trouble was believed to have been ignited after one of the Hausa traders allegedly attacked the Igbo trader with a machete over a little disagreement thereby inflicting serious injury on his forehead.

This was said to have led to free for all between the Igbo traders and the Hausa community within the market.

Armed security personnel including soldiers, Department of State Security Service (DSS), police, and members of Edo State Vigilante Network were immediately drafted in to take over the market to quell the unrest.

The spokesman of the Nigeria Police Command in Edo State, SP. Chidi Nwabuzor, in a statement, said the situation has been brought under control.

According to the statement, “The Edo State Police Command wishes to inform the general public that its aware of the incident that occurred today being Saturday, 11th June 2022 where a young man whose name and address are unknown but profiled to be a mad man used cutlass to inflict bodily injuries on one Mr. Anthony Jibunor ‘M’ of No. 116 Mission Road, Benin City, Edo State.

“The contingent of policemen that were dispatched to the scene met the assailant who was already in the hands of an angry mob that beat the hell out of him and the victim who the assailant brutally cut with a cutlass.

“The assailant and his victim were rescued from the angry mob and both of them were taken to undisclosed hospitals (for security reasons) for medical treatment.

“The good news so far is that both the victim and the assailant are in good stable medical condition. It is worthy of emphasis to clear the air that the identity of the assailant is yet unknown regarding his name, address, tribe, and family inclination.

“In view of the above, the Commissioner of Police Edo State CP Abutu Yaro, fdc sympathizes with the victim and his family and wishes him a speedy recovery.

“He, however, appeals to the victim’s family members, friends, well-wishers sympathizers, and the general public to remain calm and avoid any act capable of causing a breach of the public peace, which the command will stop at nothing in arresting and prosecuting any offender(s).

“He further warns those that encourage jungle justice to desist from it that no one has the right to take the life of a fellow human being that instead such a perceived offender should be brought to the nearby police station for proper investigation.”