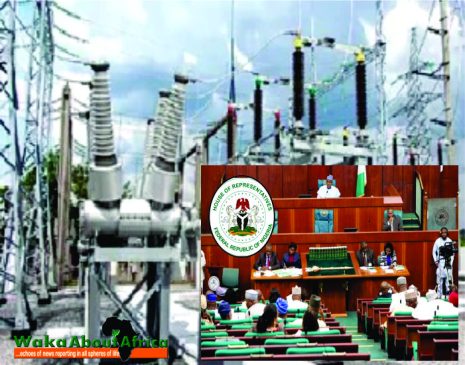 The House of Representatives Committee on Public Accounts has summoned the Managing Director of Nigeria Bulk Electricity Trading (NBET) Plc over N4.014 trillion revenue/debt owed by some international electricity customers, namely the Republic of Togo, Republic of Benin and the Niger Republic

The notice was contained in a letter titled: ‘Re-consideration of Auditor General for the Federation Annual Reports’, dated 30th November 2022 with Ref. No: HR/PAC/SCOS/9NASS/QUE.64/48 signed by the Chairman of the  Committee, Hon. Oluwole Oke (PDP-Osun).

While noting that the Committee does not allow representation, he directed the NBET Managing Director to appear in person alongside Dr. Marilyn Amobi who served as MD/CEO from 2016 to 2020 to justify the reason for the non-rendition of the Audited Accounts for the year 2014, 2015, 2016, 2017, 2018 and 2019, on Thursday, 8th December 2022 at 11:00 am; to defend your accounts laid before the Parliament by the AGF.

The letter reads: “The Committee is in receipt of your correspondence and has reviewed your 2017-2019 Audited Accounts and resolved to request the following additional information/documents to enable the Committee carry-out its Legislative mandate: Indebtedness of International Customers (the Republic of Benin, Togo and Niger to NBET and TCN from 2018 to 2022).

“External Auditor’s report showed that Nigeria has an international bilateral agreement on electricity energy delivery and sales with the Republic of Benin, Togo and. Niger. Prior to the electricity transitional arrangement, these agreements were administered by the Transmission Company of Nigeria.

“However, the Ministry of Power on 15/03/2016 directed that the administration of these international customers should be transferred to NBET. Moreover, before this can take place, certain agreements and negotiations have to be made and this accounted for the reason why TCN and NBET came up with a sharing formula to be used to split payment from international customers since TCN issued a single invoice for both administrative charges and energy payments.

“Note 17(i) of the account receivables disclosed that the International Customers owed NBET the sum of 17.3 billion while DISCO and GENCI owed 828 billion and 2.2 billion respectively as of 2019 while 7576 provision was made for impairment.”

To this end, Hon. Oke quested for a schedule showing total invoices issued to international customers from 2018 to 2022 showing the value of invoices issued, amount paid, and outstanding balance for the three countries.

According to Hon. Oke, the “assessment of the External Auditor’s report for the year 2019 showed that the company has paid 3.03 trillion out of the total invoices of 4.014 trillion received from generating companies as of 31/12/2021, while the distribution Companies have paid 1.308trillion out of 3.773 trillion as at 31/12/2021. This situation has adversely affected the liquidity required of the companies to meet their obligations.

“The total outstanding invoices due from DISCO is 2.4 trillion and estimated interest receivable is 931b based on an interest rate of NIBOR+4%.”

“Produce a schedule showing the value of invoices raised by generating companies from 2016 to 2022, the amount paid by NBET, and the outstanding balance as of the date.

“Provide a schedule showing the value of invoices issued to Distribution Companies from 2016 to 2022, the amount paid by them, and the outstanding balance.”

In the same vein, the lawmaker unveiled plans to revisit the investigation into the oAGF’s audit report on the utilization of the N1.3 trillion loan facility granted by the Federal Government to NBET.

“External Auditor’s report revealed that the company was granted a loan facility to the tune of N701 billion in 2017 while an additional N600 billion was granted in the year 2019 by the Federal Government of Nigeria.

“The company’s ability to meet its obligation is dependent on continuous support from the FGN. This is not sustainable. This is the ground upon which the External Auditor reported in the Audited Accounts that its opinion was not modified on this matter. Page 26 of the submission reflected that the company’s borrowing stood at N772 billion as of 31/12/2019.”

To this end, the NBET Managing Director is to provide detailed utilization records of these two credit facilities, a loan repayment schedule showing how much It has repaid and the unmatured principal and interest.

On the possible non-compliance with the procedure of disposal of government assets, he observed that the “review of Statement of Cash Flow confirmed that the sum of 7.5 million represented proceeds realized from the disposal of Property Plant and Equipment in the year 2019. Also, the review of the Fixed Asset Schedule revealed that the Motor Vehicles worth 69.9 million were disposed of.”

Consequently, the Committee requested a schedule showing the original cost of the asset, date of acquisition, current value prior to disposal, disposal amount, date of disposal, and name of beneficiaries; Providing evidence of advertisement for the auction is required and the detailed of auctioneers; Produce evidence of payment by beneficiaries; as well as all necessary approval prior to disposal as a disposing entity.

While noting that NBET engaged in outrageous expenses, Hon. Oke said: “Note 8 of the year 2019 Audited Accounts disclosed that the company spent 1181m on consultancy services while the sum of 79.1 million was expended on local and international travel. Meanwhile, the company failed to separate the cost element of international travel from a local one.”

In the bid to ascertain the infraction, the company is expected to “produce utilization records vis-a-vis the amount expended on international travel showing approval from SGF to travel, Air ticket “to and fro”, international passport, list and details of beneficiaries, the purpose of travel, evidence of training among others and Provide utilization records of this consultancy services.”

While noting that there was a possible breach of procurement law, Hon. Oke observed that the “Fixed Asset Schedule disclosed that the company acquired various assets totaling 294 million comprising (F&F=35m, Computer Equipment=10.7m, Motor Vehicles=182.1m, Office Equipment=66m in the year 2019.”

Consequently, the Company is to provide all procurement records down to award letters, payment vouchers with respect to these non-current assets acquired, evidence of deduction and rendition of statutory deduction inclusive.”

On the causes of consistent net loss declaration for years by NBET, the lawmaker said: “Further review of the Statement of Comprehensive Income revealed that the company has been consistently reporting a loss for years despite huge capital injection by FGN. Loss of 109 billion, 241 billion, 155 billion, and 334 million in the year 2019, 2018, 2017 and 2016 respectively.

To this end, Hon. Oke requested a brief as to why the company made a loss within the referenced years as well as the Net profit or loss position for the years 2020 and 2021 is required.

On the status of trade and other receivables from 2019 to 2021, he noted that: “Further assessment of statement of financial position showed that the company’s receivables as of 31/12/2019 were 1.5trillion while that of 2018 was 1.06 trillion. Trade receivables are amounts due from customers for services rendered in the ordinary course of business.”

Consequently, he requested for schedule showing the breakdown of the years 2019, 2020 and 2021 receivables such as the name of debtors, amount owing, date service rendered, date due for payment

To this end, the Company is required to provide a schedule showing the breakdown of the years 2019,2020 and 2021 payables such as the name of creditors, amount owing, date service rendered, date due for payment; and the reason for having these huge payables unsettled bearing in mind that late settlement of obligation could lead to litigation in court.

“You are to provide NBET Audited Accounts for the years 2020 and 2021 and evidence of Rendition of same to the Office of the Auditor General for the Federation.

“You are to come along with your External Auditors, Aminu Ibrahim & Co of City Plaza, Plot596, Ahmadu Bello Way, P.O Box 971, Garki 2, Abuja to explain its involvement or otherwise in the late rendition of Audited Accounts to the Auditor General for the Federation,” the letter read in part.