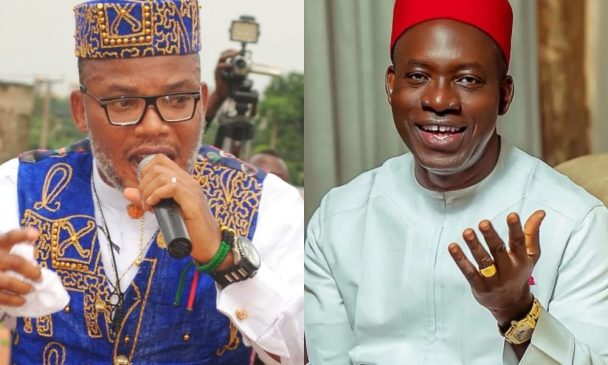 Governor Chukwuma Soludo of Anambra has joined other prominent individuals and groups in calling on the Federal Government to immediately and unconditionally release the leader of the Indigenous People of Biafra, IPOB, Mazi Nnamdi Kanu.

The release, according to Soludo, has the capacity to end the insecurity plaguing the South-East region of the country.

Others who have called for the release of the IPOB leader include Governor Samuel Ortom of Benue State, Noble Laureate, Prof. Wole Soyinka, wife of the late Biafran leader, Mrs. Bianca Ojukwu, the Global Igbo Alliance, GIA, and the Voice from the East, VEAST, among others.

Kanu has been detained in DSS facilities since his repatriation from Kenya in June 2021. The FG has refused to release despite multiple court orders.

Recall that the Appeal Court sitting in Abuja had on October 13, discharged Kanu of all counts of terrorism charges preferred against him by the government.