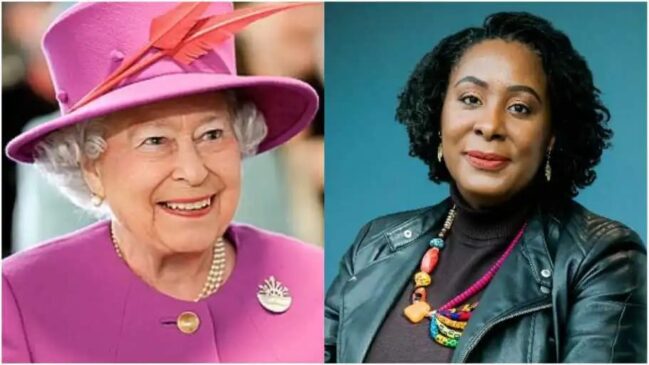 Before the announcement of the Queen’s death, the associate professor passed a comment that Twitter had to take down. Uju Anya, a Nigerian Associate Professor at Carnegie Mellon University in the United States has been a subject of discussion on social media following her comment about Queen Elizabeth II

Before the passing of the Queen of the United Kingdom was announced on September 8, 2022, Anya on her Twitter page wished the Queen an “excruciating” death.

“I heard the chief monarch of a thieving raping genocidal empire is finally dying. May her pain be excruciating,” she tweeted.

The Nigerian professor made the comment shortly after the palace announced that the Queen was under medical supervision at Balmoral Castle in Scotland.

In another tweet, Anya alleged that the Queen supported the Nigerian government with arms and ammunition to fight the Igbos during a civil war that lasted for three years in Nigeria.

“If anyone expects me to express anything but disdain for the monarch who supervised a government that sponsored the genocide that massacred and displaced half my family and the consequences of which those alive today are still trying to overcome, you can keep wishing upon a star,” she said.

Although Twitter has taken down the controversial tweet, the statement continues to generate reactions online as some agreed and defended her, while others condemned her mocking a dying monarch.

Reacting to her tweet, Amazon founder, Jeff Bezos, said he does not think someone whose job is to make the world better should put out such a tweet.

“This is someone supposedly working to make the world better? I don’t think so. Wow.” he tweeted.

The management of Carnegie Mellon University, where Anya works as a lecturer has also distanced itself from the tweet saying it does not condone the ‘offensive and objectionable’ message the professor published on her Twitter page.

He tweeted, “Don’t know that Uju Anya until I saw some of her tweets for the first time on my timeline this evening, her tweets about late Queen Elizabeth II were so unfortunately unnecessary.”

While many condemned Anya’s tweet, there are others who believe she was not wrong.