An alleged fraudster Raji Rilwan Akinola, whose accounts with Zenith Bank Plc are not linked with compulsory Bank Verification Number (BVN), has been docked before a Special Offences Court sitting in Ikeja, Lagos.

He was said to have also used his account domiciled in Guaranty Trust, GTB, and Polaris bank to carry out his fraudulent venture.

This revelation was unveiled in the court presided by Justice Mojisola Dada, by an operative of the Economic and Financial Crimes Commission, Adze Adams at the resume of the trial.

The defendant who is standing trial on a two-count charge bordering on stealing pleaded not guilty to the charge.

The investigator told the court that he found it strange that Rilwan could be operating accounts with Zenith Bank without complying with the Central Bank of Nigeria rule of linking all customer’s accounts with BVN number. 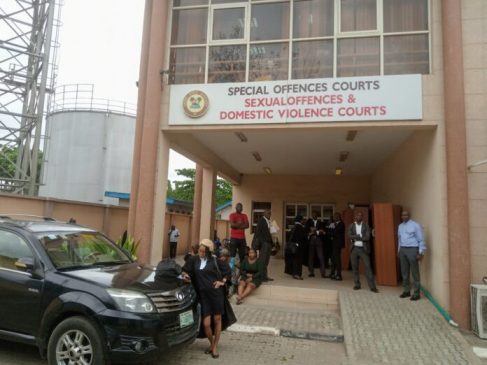 In his evidence-in-chief led by the prosecution counsel, Mrs. Fadekemi Giwa, the investigator said the commission beamed searchlight on the activities of Rilwan upon a petition by the American Federal Bureau of Investigation (FBI).

He said the investigation confirmed that Rilwan defrauded one Babatunde Sunday the sum of N13, 269, 804million, using the trio of Guarantee, Zenith, and Polaris Banks in carrying out the alleged fraud.

Specifically, the investigator affirmed that when the sum of N5 million was domiciled between the defendant account with Zenith and Polaris Bank, those accounts were not linked with BVN.

The defence counsel however prayed the court for an adjournment to enable him to cross-examine the witness.

The offence according to the prosecution contravaned, Section 411 and 326(1) Criminal Law of Lagos State 2015, and punishable under section 287 of the same law.