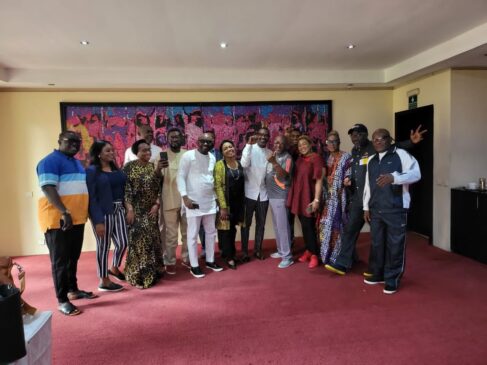 The Public Relations Consultants Association of Nigeria (PRCAN) has adopted new practice standards for its members at the 2022 Annual General Meeting(AGM) in Lagos.

The AGM also witnessed the re-election of Mr. Israel Opayemi, managing director/chief strategist of Chain Reactions Africa, as the president to pilot the association’s affairs for the next two years.

The PRCAN Practice Standards 2022 (PSP), which is set to be made public any moment from now, was initially drafted at the association’s Annual CEOs Retreat at EPE earlier in the year and formally presented for adoption by members at the 2022 AGM.

The new PRCAN Practice Standards aim to upscale professionalism in PR Consultancy services in Nigeria to ensure that the clients get the best of services and provide a rule of engagement frameworks to protect member firms.

He disclosed that PRCAN, through the campaign promise of its current leadership, is committed to fostering an environment that enables business growth for members.

“Through the vision and mission statement anchored on

He noted that the provisions of the PSP document include; membership grading, pitch fees, and renewable membership practice license.

According to Opayemi, this initiative will also deepen the practice of the profession when it becomes effective. The Practice Standards were adopted in principle by all present at the AGM but subjected to further review by a committee to be set up by the Association and the approval of the Nigerian Institute of Public Relations (NIPR).

Also speaking at the event, the Nigerian Institute of Public Relations (NIPR) president, Mallam Mukhtar Sirajo, thanked PRCAN Executives for inviting him to be part of the AGM.

To him, “my presence here will send a positive message that both institutions are working together for the greater good and interest of the industry.”

Mallam Mukhtar expressed his delight at the content of the PRCAN Standard Practice, saying, any forward-thinking person would support the initiative and that he looks forward to receiving it for onward presentation to the NIPR council.