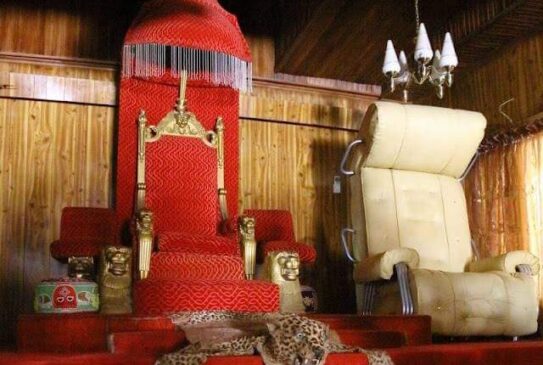 The Baba Iyaji of Oyo, Prince Mukaila Afonja, has disclosed that the process of selecting a new Alaafin of Oyo will soon commence Afonja, who is also the Head of Princes in Oyo town, told journalists at the palace that he was sure that the succession moves would have started discreetly among the interested princes by now.

It would be recalled that the late Alaafin of Oyo, Oba Lamidi Olayiwola Adeyemi lll, joined his ancestors last Friday night.

Afonja said the procedure was that interested princes from the next ruling house would submit their applications to him but he was yet to receive any.

The Baba Iyaji said further that he believes applicants interested in mounting the throne would start bringing their letters after the eight-day fiddau for Oba Adeyemi III.

“The moves to succeed Oba Adeyemi III would have begun. As we are talking now, nobody has submitted an application to me, I’m the head of the Omooba (Princes).

“The process is this, all the princes from the next ruling house, who are interested in becoming the Alaafin will submit their applications to me.

“After screening them, I will now invite the Oyomesi and for example, if the applicants remain like two or a windy number, the Ifa Oracle will be consulted to know who among them should be chosen,” he explained.

He said wealth or status alone would not be used as a criterion for the next Alaafin because there would be negative consequences if the right person was not chosen.

He assured the people of the town that they would be guided by the fear of God and love for Oyo town to choose the best to ascend the Alaafin throne.

Meanwhile, Oyo State governor, Seyi Makinde, has charged the Oyomesi, which is saddled with the responsibility of choosing the next Alaafin not to allow a vacuum for too long.

He noted that his government would ensure that the wishes of the late Alaafin come to pass.

“I want to appeal to you Oyomesi, who is in charge of the installation of monarchs. We don’t want to see any vacuum for a long time. When you are done with the rites you are supposed to perform, we are here to ensure the wishes of Baba come to pass,” the governor stated.