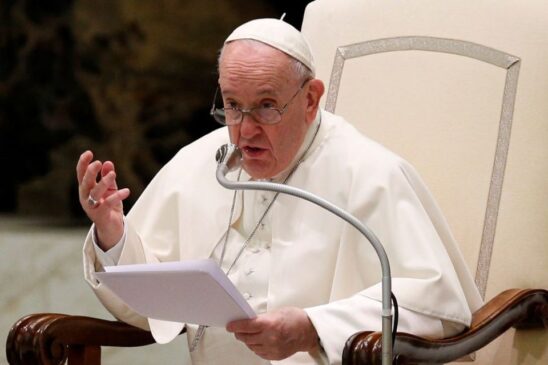 Pope Francis made key appointments in his newly reformed Vatican bureaucracy Saturday, naming new deputies for the doctrine office and confirming the highest-ranked woman in the Holy See as the No. 2 in the development office.

The appointments are some of the first since Francis last month issued his long-awaited overhaul of the Vatican Curia, or bureaucracy, which acts as the central government for the 1.3-billion-strong Catholic Church.

Francis promoted Irish Monsignor John Kennedy to head the discipline section of the newly named Dicastery for the Doctrine of the Faith, which handles clergy sexual abuse cases. In a 2019 interview with The Associated Press, Kennedy said the office had seen a “tsunami” of cases from parts of the world that had previously not reported any.

Joining him as a secretary in the parallel doctrine section of the dicastery is Italian Monsignor Armando Matteo, currently the under-secretary in the office and professor of fundamental theology at Rome’s Pontifical Urbaniana University.

The powerful department is headed by Jesuit Cardinal Luis Ladaria, who at 78 could retire when his five-year term expires in July.

Francis also confirmed the new leadership of the Vatican office for human development, which groups together the Holy See’s departments responsible for refugees, the environment, charity as well as its COVID-19 response. Heading that office is Czech-born Canadian Cardinal Michael Czerny, a Jesuit like Francis who was recently dispatched by the pope to Ukraine and its border areas as a sign of solidarity with refugees fleeing the war.

His deputy is Italian Sister Alessandra Smerilli, an economist and the highest-ranked woman at the Vatican in her role as secretary of the dicastery. Smerilli has taken on increasing responsibilities in the past two years after helping steer the Holy See’s response to the pandemic.

Both they and a third official confirmed Saturday, the Rev. Fabio Baggio, had been appointed on an interim basis after Francis removed key officials last year and more recently declined to renew the mandate of Ghanaian Cardinal Peter Turkson, who was recently appointed chancellor of the pontifical academies for sciences and social sciences.

After nine years of work, Francis issued his blueprint for the Vatican bureaucracy on March 19. For the first time, it explicitly allows for laypeople including women to head Vatican dicasteries, imposes once-renewable five-year term limits on some officials, and gives institutional weight to his advisory panel on clergy sexual abuse by incorporating it into the Dicastery for the Doctrine of the Faith.

An official in the Pontifical Commission for the Protection of Minors, Emer McCarthy, welcomed Kennedy’s appointment, tweeting Saturday: “It’s a good day for #Safeguarding.”