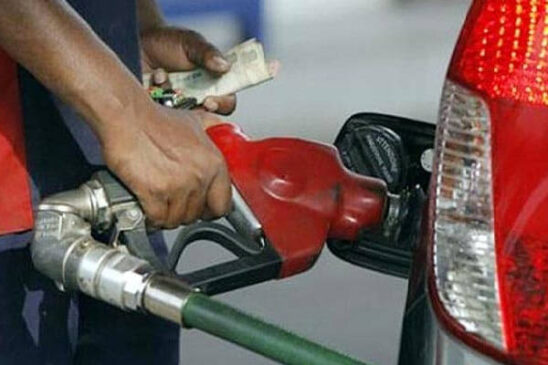 Without Federal Government’s subsidy on the premium motor spirit (petrol), consumers would be paying N462 per litre, the Nigerian National Petroleum Company Limited, NNPCL, has disclosed.

Despite questions being raised about the volume of petrol consumed in the country, NNPCL has insisted that between January and August 2022, the total volume of Premium Motor Spirit (PMS) imported into the country was 16.46 billion litres, which translates to an average supply of 68 million litres per day.

It also disclosed that import in the year 2021 was 22.35 billion litres, which translated to an average supply of 61 million litres per day.

The company pointed out that “rising crude oil prices and PMS supply costs above PPPRA (now NMDPRA) cap had forced oil marketing companies (OMCs) withdrawal from PMS import since the fourth quarter of 2017.

“In the light of these challenges, NNPC has remained the supplier of last resort and continues to transparently report the monthly PMS cost under-recoveries to the relevant authorities.

“NNPC limited also notes the average Q2, 2022 international market determined landing cost was US$1,283/MT and the approved marketing and distribution cost of A46/litre. The combination of these cost elements translates to a retail pump price of N462/litre and an average subsidy of N297/litre and an annual estimate of N6.5 trillion

on the assumption of 60 million litres of daily PMS supply. This will continuously be adjusted by market and demand realities.

“NNPC Ltd shall continue to ensure compliance with the existing governance framework that requires the participation of relevant government agencies in all PMS discharge operations, including Nigerian Ports Authority, Nigerian Midstream and Downstream Petroleum Regulatory Authority, Nigerian Navy, Nigeria Customs Service, NIMASA and all others”.

NNPCL noted that it “recognizes the impact of maritime and cross border smuggling of PMS on the overall supply framework. NNPC also acknowledges the possibilities of other criminal activities in the PMS supply and distribution value chain.

“As a responsible business entity, NNPC will continue to engage and work with relevant agencies of the Government to curtail smuggling of PMS and contain any other criminal activities”.

NNPCL had two weeks ago deducted N448.78 billion from Federation Account revenue in August for petrol subsidy. The amount was exclusive of the N482.57 billion incurred in the month of July for the petrol subsidy.

NNPCL in a presentation to the Federation Accounts Allocation Committee, FAAC, meeting for the month of August also stated that the outstanding charge of N1.044 trillion has been carried forward.

The July figure brought to N2.212 trillion the amount so far charged to the Federation Account for petrol subsidy in 2022. The total amount charged for last year was N1.573 trillion.