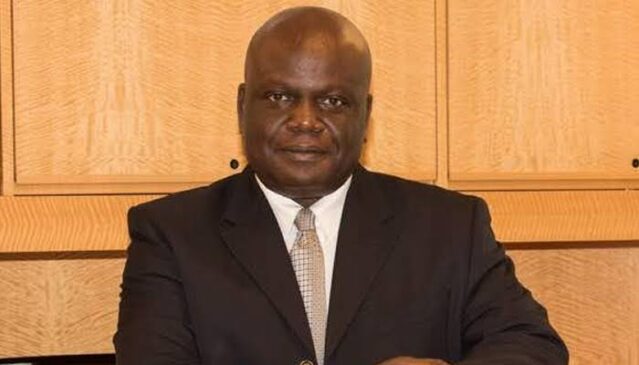 The Director-General of the Nigerian Civil Aviation Authority (NCAA), Capt. Musa Nuhu has stated that paucity of funds and inadequate infrastructure are among the major challenges confronting operations of night airport operations in Nigeria.

He said this while speaking at the 26th annual conference of the League of Airport and Aviation Correspondents (LAAC) with the theme: ‘Sunset Airports: Economic and Safety Implications,’ at the weekend

Nuhu said that any airport in the country that decides to expand its operations beyond dusk required huge financial and compliance with other important conditions.

He listed the conditions to include: an adequate number of competent personnel, adequate power supply and availability of ancillary service providers, among others.

Nuhu who was represented at the occasion by the Director of Aerodrome and Airspace Standards (DAAS), NCAA, Mr. Tayib Odunowo also mentioned inadequate infrastructure as the other major challenge confronting such project in Nigeria.

Nuhu said that statistics provided by the African Development Bank (AfDB) in 2019, indicated that the country would require over N1.5 trillion $5 billion to fix the airport infrastructure gap in the country.

He hinted that there are challenges, involving fire cover, primary and secondary power sources, provision of communication, navigation and surveillance aids, automatic weather stations and now-casting equipment among others.

The NCAA boss also listed security risks and traffic levels as among the challenges associated with 24 hours airport operations in the country.

“All manners of security risks including kidnapping, robbery and others are evolving rapidly in many parts of the country. The evolving security challenges make night operations dangerous because many airports, by reason of construction and operational requirements are located mostly in the outskirts of town.”

“The risks are enormous and seriously impacting on airports’ operations, airport workers and airline passengers/crew even in daytime,” he said.

Speaking further, Nuhu said, “Due to downturn in the country’s economy, available data shows that the levels of passenger and traffic activities are not financially viable or self-sustaining to operate a majority of the airports beyond sunset.”

He however complained of direct, indirect and induced impacts as some of the economic implications of restricted airports in the country.

He pointed out that the economic impacts on the airlines are related to the cost of changes in schedules, both in terms of routes and departure times and changes in cargo and mail logistics, while the impact on the airport system is associated with adjustments that must be made to other airport schedules in order to accommodate the changes in routes.

For indirect impacts, he said this is derived initially from the economic activities outside of the airport site like services rendered by travel agents, hotels, restaurants and car rental agencies and concessionaires, stressing that capital and financial investments of those involved are affected.

On induced impacts, Nuhu said this consists of the combined multiplying effects of the direct and indirect impacts like the increase in employment and revenue derived from the successive spending cycles.

According to him, “Management of national disaster could be seriously hampered if it happens in a zone where the available airport operates only at sunrise-sunset.

“Enhancement of national security through border patrol is hampered where airports, particularly at the border areas operate from sunrise – sunset only,” he added.