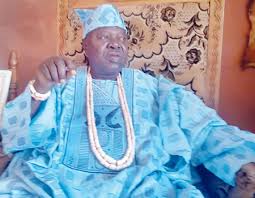 The traditional ruler of the Okeho community in Kajola Local Government Area in Oyo state, Oba Rafiu Mustapha, the Onjo of Okeho, has blamed “bad boys” for the looting of a vehicle containing sacks of money stolen by armed robbers from a bank in the town.

The traditional ruler spoke in reaction to the looting of the bullet-ridden get-away car (belonging to. A staff of the bank) used by the armed robbers that laid siege to a branch of First Bank on July 29.

The vehicle was reported to contain N60 million carted away by the robbers, four of whom were set ablaze after being overpowered and caught by a combined team of community vigilante, local hunters, and some members of the Oodua Peoples’ Congress (OPC).

Oba Mustapha was further quoted as saying that investigation was underway to uncover the identity of the looters in order to bring them to justice.

An unnamed senior official of the bank explained, “It is unfortunate that the gallantry displayed by the community men is now being overshadowed by the activities of the unscrupulous men and women in the community who stole what had already been saved by the brave warriors.

“This money is roughly N60 million and nobody has reported that a penny was retrieved. That is unfortunate. So what is the difference between the robbers who attacked us, killed a police officer and stole from the vaults, and those who shared the loot? Who says the robbers are not known”.