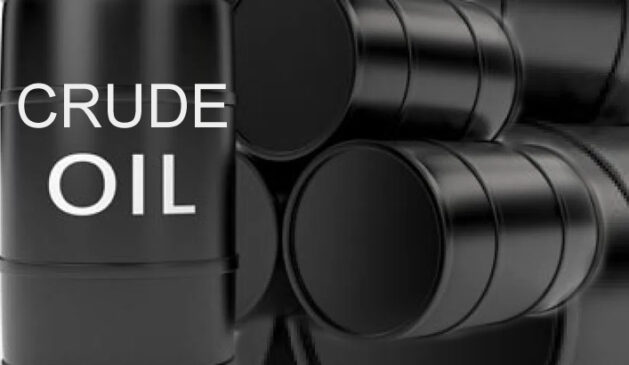 Nigeria’s exports in the second quarter of 2022 were dominated by crude oil, accounting for 80 percent of total export revenue despite the huge oil theft recorded in recent times.

Data sourced from the National Bureau of Statistics’ latest report on Merchandise Trade showed that crude oil exports valued at N5.9bn accounted for 80 percent of total exports undertaken by Nigeria in the period under review.

The country had in recent times recorded an increase in the activities of pipeline vandals, resulting in a rise in crude oil theft, according to the Group Chief Executive Officer, Nigerian National Petroleum Company Limited, Mele Kyari.

Kyari had stated in an interview late last month, that the country’s low crude oil output was due to theft resulting from pipeline vandalism in the Niger Delta.

According to him, 295 illegal connections had been located around the pipelines, which led to the shutdown of production.

“When you say we are losing 700,000 barrels of crude oil per day, we mean it. There is no company that will produce and lose 80 percent of its crude oil that will continue to produce.

“So we deliberately shut down the pipeline whenever we see these infractions getting to a limit we cannot control. That means as we speak today, we know that there are at least 700,000 lock-ins that we could have produced that we can’t do because we can’t guarantee the safety of the pipelines.

“While we agree that some of the oil losses are due to technical issues, a larger percentage of it is due to theft. It is impossible for any oil company to continue to operate in such an environment.

“None produces oil for the next person to continue to steal it. If you produce and someone continues to take it, the wise thing is for you to stop the production. This is why we can’t produce.”

In its report for August, the Organisation of Petroleum Exporting Countries said Nigeria’s July crude oil production was about one million barrels per day, down from 1.2mb/d recorded in June.

OPEC had raised Nigeria’s September production to 1.830mb/d from 1.826mb/d in August.

According to the statistics on the Nigerian oil sector, crude oil production averaged 1.8 million barrels per day from 1.973mb/d, hitting an all-time high of 2.475mb/d in November 2005.

Professor of Economics and Public Policy at the University of Uyo, Akwa Ibom State, Akpan Ekpo, said that despite crude oil retaining 80 percent of the total trade, Nigeria should diversify as oil revenue was no longer reliable.

“Oil prices are volatile, and we need to think of other ways to boost revenue,” he said.

In the quarter under review, total exports increased by four percent when compared to the first quarter of 2022 (N7.1bn) and by 47 percent of the value recorded in the second quarter of 2021 (N5bn).

Commenting on the development, a lawyer advising NNPC Ltd on oil and gas projects and transactions and partner at Bloomfield Law Practice, Ayodele Oni, advised the Federal Government to provide solutions to oil theft.

“Plans need to be put in place to ensure that crude is not stolen. Our leaders need to be proactive and think outside the box,” he said.

The lawyer added, “As we speak, many companies are already working on alternative structures for moving their crude to the export terminals.

“If we can sell more crude at this time when crude prices have increased in the international market, then it is good for our revenue, our balance of trade and payment.”

Meanwhile, the country made a total of N1.6tn from crude oil sales in July, according to statistics from OPEC.

Crude oil exports of 1.084mb/d for 31 days bring the total export to about 31 million barrels.

Nigeria’s crude oil grade, Bonny Light, was sold for $120 per barrel on the international market in July, bringing total revenue made from crude oil export to N1.6tn.

The findings on the country’s crude oil revenue for July came on the heels of NNPC’s August report to the Federal Account Allocation Committee, where it said it earned “zero” dollars from crude export the same month.

“There are zero receipts,” the NNPC noted under the Sales Receipt column in the report.

Although there was no explanation for the zero revenue from crude oil export in the month of July by the NNPC, The gathered that the company’s refusal to disclose its oil revenue to the committee might not be far from the fact that the company was now fully privatized.

Experts say NNPC’s limited liability company status had disallowed it from further remittances to the FAAC.

The state oil firm had for 44 years of its existence, declared its monthly revenue to FAAC, after which a percentage of it would be shared among the states of the federation.

“Generally, NNPC Limited will be run like any company under the Companies and Allied Matters Act. Thus, generally, it will not owe such duty save for a number of situations mentioned in the PIA where it will remit the proceeds of the sales of the profit oil and profit gas to the federation” Oni stated.

Meanwhile, the Energy International Agency said some OPEC producers had continued to be uncertain about their future oil production because of unplanned production outages.

This, according to the oil producers, could significantly affect their production and net export revenue.

The EIA in its newly released forecast, listed Nigeria, Iran, Libya, and Venezuela as OPEC countries whose crude oil production and export could not be determined in the nearest future.

“In addition, some OPEC producers continue to be uncertain about their future oil production because unplanned production outages could significantly affect their production and net export revenue.

“This uncertainty is particularly great in Iran, Libya, Venezuela and Nigeria”, the agency said in its forecast.