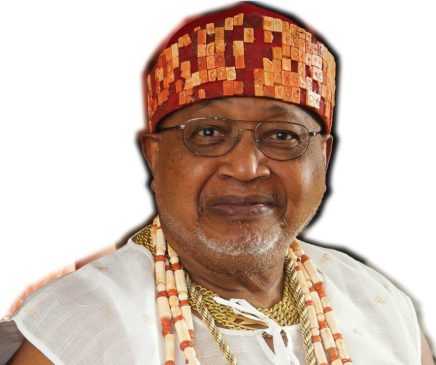 The Round Palace Ogbunike will come alive on December 24, 2022, as the Igwe in Council, in consultation with the family of HRM Igwe John Ositadimma Umenyiora (Ezedioramma 1 of Ogbunike) and the entire Ogbunike community, hold the Last Ofala Festival for the revered monarch.

According to a statement signed by Prince Ogoegbunam Umenyiora (Ononenyi) and Chief Anene Osadebe (Aka Eze Ogbunike), the cultural event, which will feature the Ogbunike Progressive Union, Council of Ndi-Ichie, ndi Nze Na Ozo, Umuada Ogbunike, Ndi Ekwu Na Iyom, Ogbunike youths and cultural troupes, will hold at the Ofala Ground, right inside the Round Palace of Igwe Ogbunike, starting from 10 am.

Speaking on the significance of Last Ofala, Chief Anene said, “The Last Ofala is organized in honor of HRM Igwe John Ositadimma Umenyiora (Ezedioramma 1 of Ogbunike), our quintessential monarch whose glamorous reign for 45 years on the throne brought fame, dignity and development to Ogbunike Community and glamour to the traditional institution and monarchy.”

Chief Osadebe, who is the Traditional Prime Minister of Ogbunike, informed that the celebration is in accordance with the custom, tradition and culture of Ogbunike, adding, “it is an occasion and period when the king (Igwe) is accorded befitting honor and celebrated for his exceptional services to the community. It is a chronicle of assessment of progress made during the reign of a king, monarch, or Igwe from coronation to the end of his reign.

“He will be celebrated for infrastructural development, community development, philanthropy, educational empowerment, business and entrepreneurship development and for his special love for the Ogbunike community.”

Though the flamboyant monarch joined his ancestors on April 28, 2020, the news was made public on May 8, 2020, in compliance with the constitution and tradition of the community.

Spearheaded by Chief Osadebe, the event had in attendance members of the Umenyiora family, Igwe’s Cabinet members, Ndi Ichie Ogbunike, Ndi Nze na Ozo Ogbunike, leaders of the Ogbunike Progressive Union (OPU), Umuada Ogbunike, stakeholders and journalists, who witnessed the ceremony at the Round Palace.

He continued: “We have only performed the tradition of announcing his demise in line with the constitutional provisions of the Igwe Ogbunike. In due time, we will give details concerning his Last Ofala; we are working together with the Umenyiora family to ensure everything goes well. Already, we’ve communicated with the Anambra State Government and other relevant authorities. But very soon, the detail will be made public,” he said.