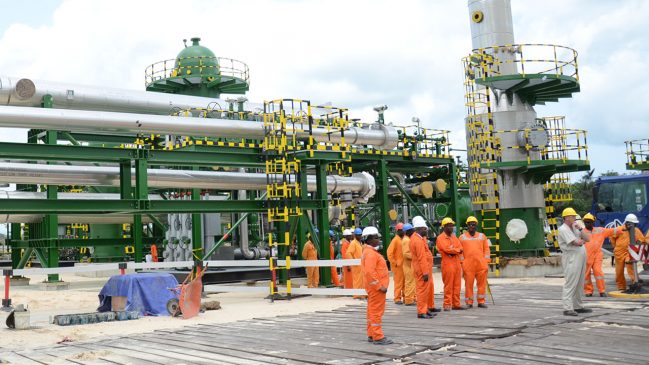 The Nigerian National Petroleum Corporation (NNPC) has agreed to open up its operations for broader public scrutiny by disclosing the beneficiaries of its tax and contract payments, a statement from the global Extractive Industries Transparency Initiative (EITI) stated yesterday.

According to the EITI, the NNPC has signed to become an EITI-supporting company, joining a group of over 65 extractives companies, state-owned enterprises (SOEs), commodity traders, financial institutions, and industry partners that have committed to observing EITI’s supporting company expectations.

For years, the NNPC has reportedly kept its operations opaque with few Nigerians abreast of its activities. The corporation has also been accused repeatedly of corruption, but the EITI noted that becoming a supporting company could change all that.

The EITI explained that all supporting companies are expected to publicly declare support for the EITI Principles and by promoting transparency throughout the extractive industries, help public debate and provide opportunities for sustainable development.

They are also expected to publicly disclose taxes and payments and where companies choose not to, they should state the reasons; ensure comprehensive disclosure of taxes and payments made to all EITI implementing countries and publicly disclose beneficial owners and take steps to identify the beneficial owners of direct business partners, including joint ventures and contractors.

The NNPC as an EITI supporting company will also be required to engage in rigorous procurement processes, including due diligence in respect of its partners and vendors, as well as support Nigeria to disclose future licenses and contracts entered into that govern the exploration and exploitation of oil, gas, and minerals.

In addition, the corporation will be expected to work together with the government to deliver natural resources in a manner that benefits Nigerians.

EITI stated that the NNPC has grown to become the largest asset holder across Nigeria’s oil and gas industry value chain, and is transitioning towards becoming an integrated energy company with an interest in power generation and transmission.

“The state-owned company has recently taken measures to become more transparent. In June 2020, it published audited accounts for 20 of its subsidiaries. NNPC also publishes monthly financial and operations reports on its website, in national dailies and online media as part of efforts to be accountable.

“It is working with Nigeria EITI (NEITI) on an action plan to routinely disclose information and it currently publishes some of the data required by the 2019 EITI Standard on its website.

“These disclosures demonstrate NNPC’s commitment to its journey to becoming a more transparent national oil company. Adherence to the EITI supporting company expectations will give further impetus to NNPC’s corporate vision of greater transparency and accountability,” it added.

According to it, the three areas of focus for the NNPC will be revenues and payments to the government, contracts governing petroleum exploration and production, and consolidated group-level financial statements.

The board chair for EITI, Hon. Helen Clark, in the statement, welcomed NNPC’s commitment to the EITI.

Clark said: “NNPC plays a vital role in Nigeria’s economy. Joining the EITI as a supporting company is a welcome step in the NNPC’s journey toward achieving greater transparency and to help ensure that Nigeria’s citizens benefit from their natural resource wealth.”

Group Managing Director at NNPC, Malam Mele Kyari, stated that the corporation will remain committed to the EITI expectations.

“Becoming an EITI supporting company aligns with NNPC’s corporate vision and principles of transparency, accountability, and performance excellence. Our partnership with NEITI and EITI strengthens our commitment towards commodity trading transparency, contract transparency, and systematic disclosure of revenues and payments.

“We are on a journey towards greater transparency and look forward to deepening our collaboration with the EITI to further this work,” he said.

Adio said: “NNPC joining the EITI as a supporting company is a major inflection point in the quest for transparency – for the company, for Nigeria’s oil and gas sector, and for the country as a whole.

“This is so given how critical NNPC is to the sector and to the country. NEITI welcomes this bold commitment. We will continue to work and walk with NNPC to translate its espoused commitments to transparency and accountability into concrete and sustained actions and results.” – Thisday.