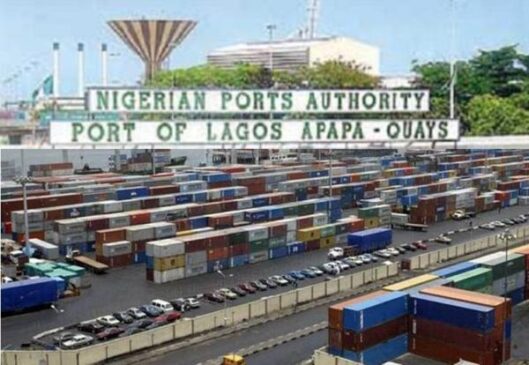 Nigerian Ports Authority (NPA) says it has successfully berthed a vessel, MV Lady Jane, at Onne Port Complex, Rivers state. NPA said the effort is aimed at reviving activities and growing traffic in the eastern ports. Mohammed Bello-Koko, managing director, NPA, said this at a recent media parley. He was represented by Stanley Yitnoe, Onne port manager, at the event.

According to NPA, the vessel with an overall length of 295 metres and a draft of 12 metres berthed at the West African Container Terminal of the port on Wednesday. The vessel, which sailed from Majuro in the Marshall Islands, discharged 840 TEUs and loaded 1,060 TEUs 50 percent of which are agricultural commodities — Cashew nuts, Sesame seed, Cassia Tora seeds, etc.

Bello-Koko said vessels showed the commitment of the authority to repositioning the eastern ports toward productivity.

“What this milestone signpost is the fact the initiatives of the authority geared towards repositioning the eastern ports for productivity are yielding results and that Onne Port Complex is fast becoming an attraction for container vessel traffic. However, we cannot afford to rest on our laurels; we must continually strive to surpass stakeholders’ expectations,” he said.

He commended the sailors for the professionalism demonstrated in the safe berthing of the vessel. Bello-Koko assured that the management would ensure full-scale rehabilitation of infrastructure, as well as improvement of port security through illumination and deployment of access control to check unauthorized entry.

When Bello-Koko took leadership of NPA this year, he had said reviving activities at the eastern ports was a top priority. “We will not relent on our core mandate — trade facilitation; easing gridlock in the ports corridors, and encouraging the full utilization of the Eastern Ports,” he had said.