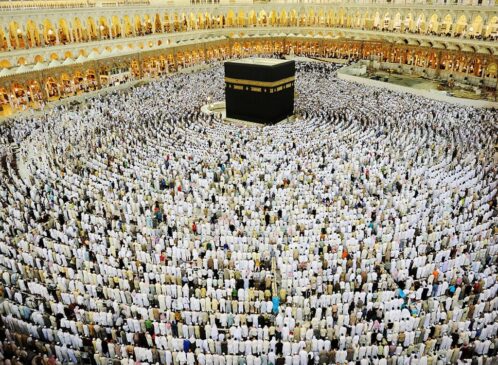 A Nigerian pilgrim was nearly deported last week by the Saudi Arabian authorities as he was arrested as an illegal immigrant in Makkah.

According to our reporter, it was reliably informed that the pilgrim (name withheld) was arrested by Saudi police who raided a house full of illegal immigrants and arrested everyone found at the time of the raid.

It was gathered that the pilgrim, who was arrested alongside others found in the building, was saved by the wristband put on the wrists of all pilgrims performing this year’s hajj.

The band, it was learned, distinguished the Nigerian pilgrim as being in the country legally to perform the spiritual exercise, having been granted a visa by the Saudi authorities.

A source informed that when the police realized that the pilgrim was not an illegal immigrant, he was dropped off somewhere to find his way back to his hotel in Makkah.

Being in an unknown place, the pilgrim, according to the source, called another pilgrim who in turn informed Nigerian officials. The officials were said to have gone to pick up the pilgrim from where he was dropped off by the Saudi police.

An official of the National Hajj Commission of Nigeria (NAHCON), who confirmed the incident on condition of anonymity, said officials took the pilgrim back to his hotel.

The official informed that the pilgrim on interrogation told them that he went to visit his relative who had been leaving in Saudi Arabia for some time when the raid was conducted.