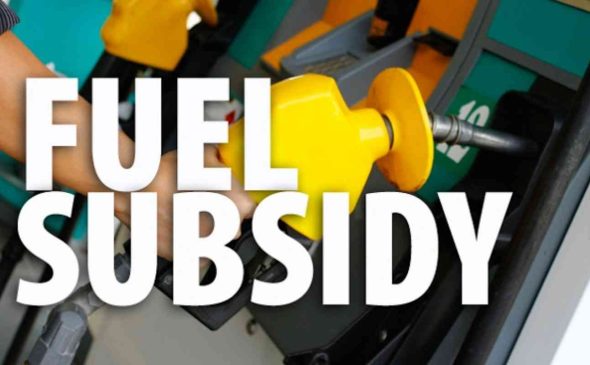 The removal of fuel subsidies would unlock a minimum of N6 trillion in revenue into the federation account annually. This was disclosed by an economic…

The removal of fuel subsidies would unlock a minimum of N6 trillion in revenue into the federation account annually.

This was disclosed by an economic think tank, the Centre for the Promotion of Private Enterprise (CPPE), in a report titled, ‘Tweaking the 2023 finance bill and options for unlocking revenues in 2023’.

The Director of CPPE, Dr. Muda Yusuf, in the report, noted that the Nigerian economy is heavily burdened and encumbered by two major subsidy regimes -the fuel subsidy regime and the foreign exchange subsidy regime.

He noted that huge sums of revenue can be unlocked from these subsidy regimes if appropriate reforms are implemented.

“Already, there is a plan to discontinue petroleum subsidy, which is a positive development. This action would unlock a minimum of N6 trillion in revenue into the federation account annually.  Additionally, there would be an end to the several years of plundering of the nation’s resources through the subsidy regime,” he said.

While calling on the next administration to demonstrate the political will to put an end to the subsidy regime, he appealed to the labour unions and civil societies to give the oil and gas sector reforms a chance in order to prevent the Nigerian economy from tumbling into a deeper crisis.

The economist also opined that huge revenue can be unlocked in the short term from the foreign exchange policy regime, noting that over the years the exchange rate assumptions in the appropriation acts were grossly and deliberately understated, leading to a loss of trillions of naira to the federation account.

“In 2021, for instance, the Central Bank sold an estimated $18 billion US dollars as interventions in the foreign exchange market at a hugely subsidized average rate of N400 per dollar. The effective exchange rate in the economy at the time was N560/$.  This meant an estimated subsidy of N160/$ which translated to a conservative estimated revenue loss of N2.9 trillion.

“Similarly in 2022, an estimated $18 billion was sold as an intervention in the forex market at an average rate of N447/$.  The average effective exchange rate for the period was conservatively about N650. Again, this meant a subsidy of N203/$.  This translates to an estimated revenue loss of about N3.64 trillion,” he said.

The former Director General of the Lagos Chamber of Commerce and Industry (LCCI),  argued that a realistic exchange rate benchmark would boost the federation account revenues by about N4 trillion in 2023, improve forex inflows into the economy, enhance the country’s foreign reserves, strengthen the naira and elevate investors’ confidence.