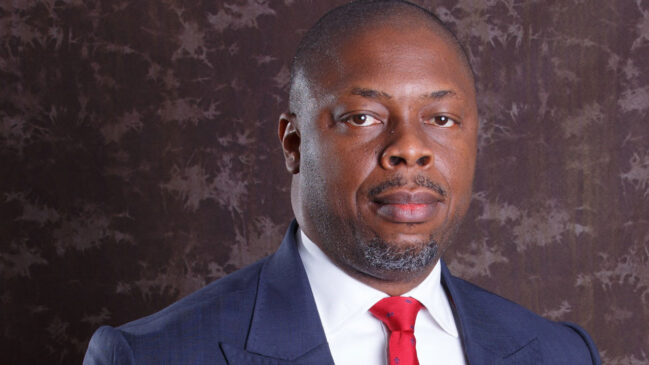 He stated this at the breakfast meeting of the Nigerian American Chamber of Commerce (NACC) with the theme: “One year of AfCFTA (Opportunities, challenges and the Nigerian-American partnership) in Lagos.

According to him, 80 percent of payments that are destined for somewhere else on the continent, first of all, have to travel somewhere else before getting to their final destination, saying this is the reason why intra-African trade is still low at 15 to 18 percent.

He added that Africa trades more with the rest of the world than it trades with itself.

“If payment still needs to fly halfway around the world to somewhere else around the globe before coming back to the continent, then we are not going to support intra-African trade.

“Nobody that wants to travel from Lagos to Accra first of all goes to New York or goes to London before coming to Accra. We do not even make calls that way, so why should money travel in that direction and then inhibit trade on the continent.

“Part of it is payment, information asymmetry, dealing with trust issues and therefore someone needs to try to invest to solve some of these challenges,” he stressed.

He said with PAPSS, a centralized infrastructure able to connect all the countries would guarantee instant payment and settlement transactions.

“PAPSS is a central market infrastructure that supports settlement on a multilateral basis such that all that is settled between the different countries is defined through a common framework across the continent,” he said.

“We have also designed it to be flexible, so they can connect to national systems, to regional systems and can connect directly to commercial banks. It was built on proven technology, it is instant and in local currency,” he added.

He said the hunger for third-party global currencies is destroying African currencies, hence the need for the technology to originate and terminate in local currency.

“We have connected the Central Banks of Nigeria, Ghana, Gambia, Guinea, Sierra Leone and today, live transactions are actually moving between those central banks,” he added.

Also speaking, the former Director-General, Nigerian Association of Chamber of Commerce, Industry, Mines and Agriculture (NACCIMA), John Isemede, commended Afreximbank’s PAPSS but stated that Nigeria lacks the structure to work with the platform.

He said agencies with no business doing business form a large percentage of the parties that were set up to process the facilitation of AfCFTA, saying this is one of the reasons Nigeria is behind in terms of formulating trade policies.

He said from 1960 to date, Nigeria has signed over 600 agreements, but is not tied to foreign trade policies.

Representing the National President, NACC, Dame Adebola Williams, the Deputy president Thomas Tunbosun, said Nigeria has failed to optimize the opportunities that are available to the nation, adding that the country has largely underperformed in taking advantage of the African Growth and Opportunity Act (AGOA).

He also added that after the one year of full take-off of AfCFTA, there is a clear need for some sort of review.

“This is why we have facilitated the forum as a key fulfillment of the chamber’s members’ expectations. In doing this, we will continue to broker healthy interactive fora between our members and all relevant facilitating regulatory agencies both governmental and private sector bodies that are capable of providing useful information that would help our members who are already into export,” he added.