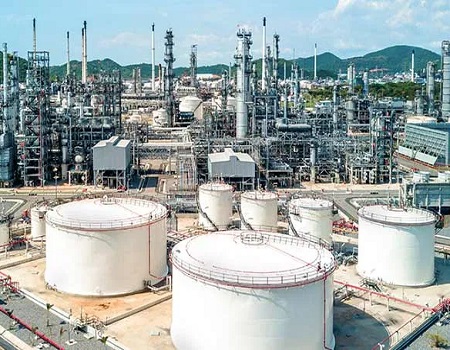 Like the COVID-19 pandemic in 2020, the ongoing war between Russia and Ukraine appears to have set a new world order due to its ravaging energy dislocation across the world.

Following the European Union (EU) mandate to Nigeria in March this year to take advantage of opportunities offered by the crisis in Europe to shore up gas supplies to the EU, the country’s leadership appears to have lost grip of such low-hanging fruits to earn more revenue from its abundant natural gas reserves.

Already, Russia, Europe’s energy giant has cut-off gas supplies to most parts of Europe with the latest being Italy. The development has led to a sharp rise in the price of gas in Europe and the rest of the world that rely on Russian gas imports.

Indeed, households in Europe and especially the United Kingdom have cut down drastically on their gas usage with most Londoners cutting down on a non-essential trip in order to conserve funds and gas.

In Africa and other emerging economies, the situation is not any different as the effect are being felt in the cost of Liquefied Natural Gas (LNG), Liquefied Petroleum Gas (LPG), popularly called cooking gas and Automotive Gas Oil (Diesel) among others.

In Nigeria, households and industries are already feeling the heat of the Russia-Ukraine war as the cost of AGO has more than tripled, hitting the N810 per liter from N250 it sold before the war broke out.

Some industry observers who spoke to Daily Sun in separate interviews argued that Nigeria though not a dominant gas player within the African continent at this time of the Russia-Ukraine crisis ought to have been able to pull some weight if it had developed its gas market.

Former Chairman, Society of Petroleum Engineers (SPE), Nigeria Council, Mr. Joe Nwakwue, said Nigeria is not in the same market position as Russia or Ukraine because we have failed to develop our gas infrastructure/market.

Citing an example of not being in a dominant market position, Uwakwue said Nigeria has not been able to load its West Africa Gas Pipeline which ought to serve the region, making the asset less impactful to the region.

He added that the under-utilization of the pipeline asset, recently forced Ghana to build its own LNG station at a cost that is much higher, saying if the West African pipeline was functional, there would be no need for Ghana to have invested in a new LNG station because pipelines are cheaper and more cost-effective than LNG terminal. He advised that Nigeria should commence the process of loading the WAGP so that all the countries along the gas pipeline corridor can begin to have access to gas through the Nigeria facility.

‘‘The WAGP has been there for about 10 years without gas flowing. It was out of frustration with the failure of the project that Ghana was forced to go and build its own LNG terminal. If they are getting regular gas supply through the pipeline, they wouldn’t tinker with the idea of building their own LNG station. You don’t assume market dominance under such a situation”.

He also advised that gas projects like the AKK should be hastened up because the world is not waiting for Nigeria, while the Brass LNG project should be looked at again.

The former SPE boss said the domestic gas market must be developed since the country only consumes 15 percent of its local gas production which is not good enough. He added that while looking for foreign markets, there is also the need to help the local market grow in order to have robust energy security.

Uwakwue alluded to the fact that Russia’s dominance in the gas market space was a result of deliberate steps taken to invest in infrastructure by taking advantage of its closeness to the European market where it built gas pipelines crisscrossing the entire region.

For his part, Partner, Bloomfield Law Practice, Dr. Ayodele Oni, said since there are a limited number of countries that are oil and gas-rich, like Nigeria, nothing stops the nation from building gas pipelines to connect those countries even though at the moment we don’t have pipelines connecting us to Europe or elsewhere.

He said ‘‘I don’t think, from a strictly legal point of view, you can cut supplies indiscriminately unless circumstances such where it is a spot market, war, or contractual disputes because many of the sales are done under contracts and will ordinarily amount to a breach.

I think we (Nigerians) are substantially reliant on our base energy (natural gas and crude) resources and mostly rely on those for almost all of our forex income. Thus, as a country, we tend to push for the security of energy demand so it will be difficult for us to do such with our energy resources”.

An appeal for Nigeria’s intervention was made by Ambassador Samuela Isopi, during a courtesy call by EU Ambassadors to Minister of State Petroleum Resources, Mr. Timipre Sylva, last March. She had appealed to Nigeria to step into the gas supply chain as an alternative to Russia, adding that the country must not allow the opportunity to pass it by.

While reflecting on the security situation in the Niger Delta that drastically impacted gas supply in the last few years, Isopi urged the Nigerian government to step up security in the region to guarantee gas supply to EU member states.