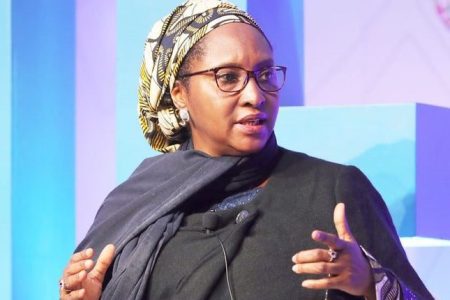 “The current account surplus will then narrow to 8.1% and 2.6% of GDP in 2023 and 2024, respectively, as oil receipts decline amid falling average global Brent prices”.

International reserves fell to US$14.4 billion in 2022, from US$15.5 billion in 2021, despite the wide current account surplus, partly due to the transfer of a portion of export receipts to escrow accounts for the service of debt to Chinese creditors.

Fitch Ratings said it expects reserves to increase to US$15.6 billion in 2023 and US$17.1 billion in 2024 as oil sector-related FDI outflows diminish amid declining global Brent prices.

“Our forecasts imply that reserves will cover an average of 5.7 months of current external payments over 2023-24, well above the ‘B’ median of 3.2 months”, it stated.

The President, who was represented by the Minister of State for Transportation, Prince Ademola Adegoroye, affirmed that making AfCFTA a reality will require creating national institutions for implementing the Agreement, in addition to institutional coordination mechanisms for execution between the public sector, private sector and donors.

“That is why the Nigerian Government has intensified efforts aimed at identifying new opportunities for diversification and value chain development under the AfCFTA, and complementary actions considered necessary to overcome the existing constraints to intra-African trade.

“This we will achieve through cross-sectoral approach, considering not just trade, but also closely related areas such as agriculture, industry, macroeconomic management and infrastructure development, ” he said.

Adegoroye also lamented the sharp contrast in the Intra African Trade in goods when compared to other regions like Asia and Europe.

To him, as of 2017, intra-African trade in goods was $135 billion representing 15% of Africa’s total trade, while that of European Countries is as high as 70% with 60% in Asia respectively.

He noted that the imposition of export bans especially on food items by some countries and the disruption of the global supply chain at the height of the COVID-19 pandemic showed how exposed and vulnerable African countries are because of limited production capacity and lack of regional value chain.

In his words: “The global economy is a source of growth that African economies cannot afford to ignore. While African exports of goods and services have seen their fastest growth in the past decade, the volumes remain low at just 3 percent of global trade.

“African countries must therefore expand and diversify their participation in international trade and global value chains to create wealth, generate employment and reduce poverty on a large scale as well as transform their economies. Achieving this lofty economic objective I believe is one of the major reasons that informed the birthing of the African Continental Free Trade Area (AfCFTA).”

“The establishment of the AfCFTA presents major opportunities for production and exports, creates employment, and limits the impact of commodity price volatility on the economies of various African countries. AFCFTA is expected to bring about a number of benefits to producers, consumers and countries alike. However, for AFCFTA to have a positive influence on long-term investment in productive capacities, the African government must develop appropriate supporting policies, build the requisite infrastructure and ensure an educated workforce. We will need to actively promote productive employment and decent workplace, women’s empowerment and food security and reduction in inequalities.”

In his welcome address, the Executive Secretary of NSC, Hon. Emmanuel Jime stressed that there is a need to sensitize various governments within the region to fast-track the dismantling of tariff and non-tariff barriers hindering trade in the region.

Jime also asserted that the reorientation and reorganization of intra-African trade should start from the West African sub-region, adding that when the sub-region gets it right, it would be easier to connect and freely trade with other regions of the continent.

Describing transportation as a crucial vehicle for AfCFTA to thrive, he added that: “Africa needs to create smooth integration of transport Infrastructures and trade policies as well as the required awareness among the economic operators in the sub-region.”

In a related development, the Secretary General of Abuja Memorandum of Understanding (MoU) on Port State Control for West and Central African Region, Capt. Sunday Umoren reiterated the need to have an African fleet that will convey goods to be traded within the region.

Umoren said, “AfCFTA came at the right time and we have this platform binding us together but we need to act fast and snatch the moment. Nothing stops this region from having a strong ship owing capacity, thus eliminating the burden and impact of high freight rate from foreign ships.”

“Abuja MoU would play its role as part of due diligence in supporting nations in engaging the carrier with respect to effective port state regulations in ensuring the safe carriage and delivery of goods with minimal issues,” he said.