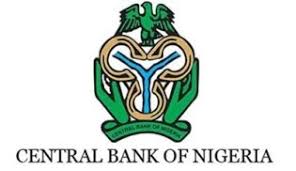 The CBN feels compelled to let Nigerians know that in spite of the cordial and open relations between both organizations, the NESG could have raised its allegations directly with us but never did. Instead, they chose to release a Press Statement, having leaked its content to a leading Business Newspaper in the country. Let us now turn to the specifics of their diatribe.
On the CBN’s development finance activities, we are comforted by the NESG’s reluctant admission that many Central Banks around the world are also engaging in similar actions.

The CBN engaged in development finance in order to address the credit needs of the sectors critical to improving livelihoods, reducing poverty, and promoting inclusive growth. These goals have become doubly important in light of the significant shocks to the economy following the ongoing COVID-19 pandemic. In pursuit of transparency, the CBN usually publishes disbursements made under these activities in our Economic Reports.
Although the bourgeoises atop the NESG may not feel the impact of the Bank’s development finance activities, many ordinary Nigerians, including smallholder farmers, households, and medium-scale entrepreneurs across the country know better.

As encapsulated in our most recent monthly economic report published on the Bank’s website, a total of N38.11 billion was disbursed as loans to 44,458 beneficiaries through the NIRSAL Microfinance Bank (NMFB). This number has risen to N59.12 billion; supporting 103,189 beneficiaries as of August 2020.

As the NESG may be aware, as a result of the COVID-19 pandemic, Vietnam, Cambodia, India, and Thailand placed export restrictions on the exports of critical food items, including rice and eggs. With these disruptions, the Nigerian economy could have faced a major food crisis, but for the government’s intervention programs in the agriculture sector.

Furthermore, by alluding to the fact that money cannot address constraints in the agriculture sector, the NESG failed to realize that access to credit is listed among the three major challenges faced by farmers and businesses in Nigeria. While the Federal Government is seeking to address issues such as access to electricity and logistic constraints faced by businesses, it was vital for the CBN to address an area that we had sufficient ability to impact upon, given the nature of the crisis we faced, which is improving the flow of credit to critical sectors of the economy.

Contrary to the NESG’s allegation that our lending process is devoid of a proper framework, it is important to note that recipients of intervention funds from CBN go through an expansive due diligence process through participating financial institutions (PFI), following which an additional assessment process is embarked upon by the CBN before disbursements are provided. The PFIs expend extensive due diligence on these intervention loans as the risk of default lies with them.

On the revisions to the BOFIA Act, there are many reasons why we see a total ignorance or malicious intent on the part of the NESG. First, the provision they refer to as being currently conceived as part of the new BOFIA already exists as Section 53 in the old Act, which is now Section 51 in the amended Act passed by the National Assembly. The current bill has
not proposed any changes to that section at all. Second, contrary to their misleading anxiety and associated reportage, the provision of Section 51 does not purport to confer immunity on the Governor of the Central Bank of Nigeria like that which obtains for State Governors. Rather, this provision protects the Federal Government, the Central Bank of Nigeria, and their respective officials against adverse claims for actions or omission in good
faith exercise of powers under BOFIA and other specified statutes including the Central Bank of Nigeria Act and regulations made thereunder.

The import of the said provision is to set a threshold against which suits against public officers must be filtered, such that for a suit to be maintainable it must scale that threshold by proving bad faith on the part of the pubic officer. It is not a bar against the action. Indeed, a review of the legislative history of BOFIA will readily show that the said provision
also appeared as Section 49(1) of the then BOFIA of 1991. Further digging also readily show that the same law is employed in other legislations including the extant:

A similar provision is in the AMCON (Amendment) Act 2020, as it had been noticed that debtors and the like simply rush to court, obtain injunctions and stop the orderly resolution of cases, and proper implementation of the law.

The false alarm raised by the Nigerian Economic Summit Group raises serious credibility questions on the actions of the group, as its comments, which have been circulated across the globe, significantly harmed the credibility of the Governor and the CBN as an institution.

On border closure, we are disappointed that the NESG has not shown any tendency to deeply interrogate the real reasons for the closure. While the CBN is not opposed to its reopening, we must never forget the real reason why that border was shut in the first place: significant economic sabotage involving the smuggling of many fake products, drugs, small arms, and other goods. How can a Nigerian farmer struggle for months to plant, cater, and harvest their crops only to find that those crops cannot attract good prices because of smuggled products from across our borders? Does the NESG know that according to the International Trade Center, Benin Republic imports as much as rice as China and nearly as much frozen chicken as the U.K.? In which country does the NESG think all these rice and chicken ends up? How then can a Nigerian rice farmer or poultry owner survive?

While the Federal Government is doing its best to tackle these issues and reopen the border, we must bear in mind that border issues require cooperation by other countries. But if these countries, given their huge benefits from a rigged system, deny there is even a problem, how can Nigeria reopen the border without resolving these matters?

With respect to foreign exchange, the CBN operates two windows: wholesale and retail. In the wholesale window, banks are allocated FOREX weekly, which is meant to be allocated to their customers at their discretion, reflecting customer size and distributive efficiency, for final sale to parents paying school fees, patients settling medical bills abroad, SME traders importing small-scale inputs and raw materials, and general travelers for business and personal trips. The CBN also allocates a certain amount of FX to licensed BDCs per week, who resell to small-scale users. In both categories, the CBN does not know the final buyers of this FX.

In the retail window, banks submit a detailed list of applicants who are then allocated foreign exchange based on availability. Given that these submissions are first scrutinized by the banks and are accompanied by the provision of significant documentation, we do not understand the extra transparency being called for by the NESG.

Based on very limited information and cross-country exposure, the NESG refers to the CBN’s recent directive, which simply sets a floor on saving rates as “price-fixing”. Given that in an ideal economic textbook/theory, saving should be equal to the investment, we expected total deposits should closely mirror total loans. Yet, over the past several months, we have noticed an increasingly large gap between total deposits in the banking system and total credit to the economy. While total deposits stood at about N25 trillion in January 2020, total loans stood at N17 trillion. As of August 2020, while total deposits have increased to N29.7 trillion, total loans were only N19 trillion.

Many rich cooperates have simply been content with saving their cash balances and collecting huge interest payments, rather than expanding their investment, which should lead to hiring more people and producing more goods. In other to forestall a continuation of this trend, the CBN had to act to discourage these practices for the good of the economy.

Although the NESG, under its current leadership, has fallen short of its own standards and become a shadow of its old self, we believe there are better ways to resuscitate the Group’s brand other than through cheap popularity and tarnished attention using ambushed press statements made up of contrived allegations. Given that the NESG should know better, we believe that these allegations are reflective of sinister motives and malicious intent. Nigeriabanker