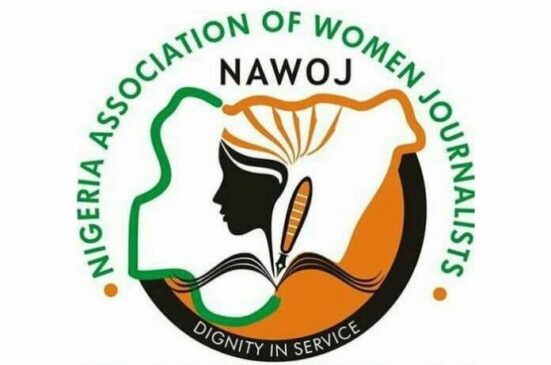 Comrade Ladi Bala, the newly elected National President, NAWOJ, promised to extend hands of fellowship to everyone for a more feasible and rebranded NAWOJ. “I want to assure you that our leadership will give the training and retraining of women journalists.

In her acceptance speech, she said, “We will work assiduously to have our secretariat. “We will prioritize NUJ as enshrined in the constitution. And NAWOJ under our watch shall advance the course of journalism.

“Gender issues bothering women and children will be brought to the front burner.  We have come on board with a determination to change the narrative in NAWOJ. We cannot relent in our efforts to promote professionalism and build sisterhood among Nawojians.

“Because of political interest NAWOJ at this time is fragmented but we assure Nawojians that in the next two months, we shall be holding a national conference. We will heal the wound that came as a result of this election”, she noted. She appealed to other contestants to support her administration with lofty ideas, adding that her administration should be held accountable for failure or successes recorded.

He made the call during the 10th Triennial Conference of NAWOJ held in Minna, Niger State while calling on women journalists in Nigeria to be united so as to build a greater association.

Isiguzo while congratulating the newly NAWOJ executive led by Comrade Ladi Bala urged that the victory should be seen as a challenge to foster better relationships among female journalists and the society at large.

“Nawojians across Nigeria have spoken and the only way you will justify this overwhelming confidence reposed in all of you is for you not to disappoint them. “Open a central platform to unite all female journalists in Nigeria.

Let governance begin and within six months, prove to everyone that your leadership is sincere and dependable”, he urged.

Bala defeated three other contestants during the election in Minna, on Saturday, November 14 with Ladi polling 439 votes to beat Aishat Ibrahim to runner-up position with 251 votes, while Chindaba Danjuma and Ruth Abubakar polled 85 and 48 votes each, respectively.

Bala takes 0ver from Mrs. Ifeyinwa Omowole of the News Agency of Nigeria.

Omobola Akingbehin, an Assistant Editor-In-Chief with the News Agency of Nigeria also emerged as the Vice President ‘B’ Zone of NAWOJ.

Bala thanked God Almighty for the victory and called on all members to ”mend fences and close gaps”, now  that the elections were over.”

The full text of the results of the election is as follows: