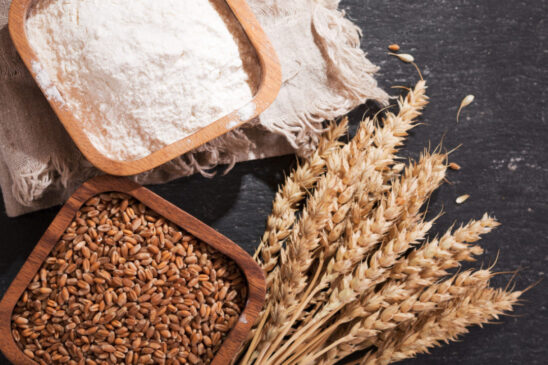 The Punch’s calculations from the National Bureau of Statistics Foreign Trade Statistics showed that wheat importation into Africa’s most populous nation rose 77.23 percent from 2020 to 2021.

Wheat is an important commodity that serves as flour in the production of pasta, bread, and noodles, among others.

Economists said the difference in the two years could be attributed to the devaluation of the nation’s currency and insecurity that led to little or no production in northern Nigeria for a number of years.

Naira devalued by over 15 percent in the official market and over 20 percent in the parallel market in the two years, but insurgents and bandits in the north have also sacked farmers of wheat and other crops, leading to supply chain disruptions.

He said apart from currency depreciation, the country had not succeeded in growing wheat, noting that the Central Bank of Nigeria was making efforts to bolster the growth of the crop by asking flour millers to invest in backward integration.

“But we have not made much success. Some players acquired massive plots of plans to embark on backward integration but while they were trying to do that, insecurity and community issues started,” Yusuf said.

But Chairman of the Association of Master Bakers and Caterers of Nigeria, Lagos State chapter, Raji Omotunde, said wheat importation was so high due to low productivity, noting that bakers were suffering due to high wheat prices.

Wheat prices have risen by over 60 percent this year due to Russia’s invasion of Ukraine. Russia and Ukraine account for one-third of global wheat exports. Countries like India are rumored to be planning to ban wheat exports due to uncertainties in the global market, and Nigeria will likely bear the brunt.

Omotunde said, “Since the war started, there is nowhere to get wheat. It is having an adverse effect on Nigeria and there is a shortage.”

Former President of the All Farmers Association of Nigeria, Mr. Kabir Ibrahim, told The PUNCH that the CBN recently brought 13,000 wheat seeds which are distributed to farmers.

He said things were changing as Nigeria was making efforts to be sufficient in wheat, noting that though the concentration of the Anchor Borrowers Scheme was more on rice than wheat, things were beginning to look up for wheat farmers.

The United States Department of Agriculture’s April 2022 report said Nigeria’s import dependence could be costly at this time.

“On the international front, the conflict in Ukraine could threaten Nigeria’s food security posture. Nigeria imports low-quality wheat from Russia and other surrounding Black Sea countries. The escalation of the crisis could lead to an increase in wheat import prices, which could have a multiplier effect on the price of wheat-based products – most importantly bread, noodles, and biscuits.”

An economist, who did not want his name mentioned because he was not authorized to speak, said the wheat numbers in Nigeria were driven by volumes and not value, noting, however, that the Russia-Ukraine crisis could see a reduction in import volumes into Nigeria.