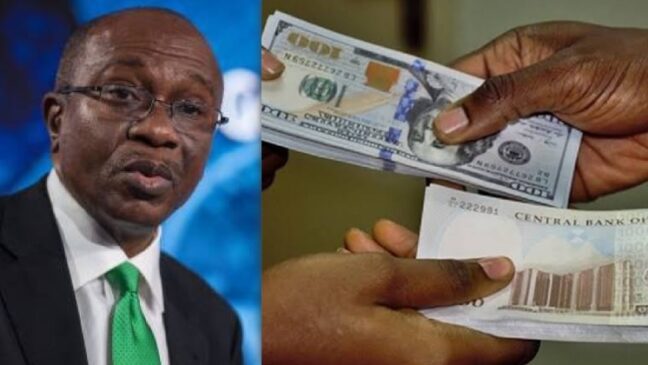 In the Investors and Exporters foreign exchange window, the Nigerian naira depreciates across the currencies markets while data from the Central Bank of Nigeria shows that external reserves declined further.

Naira was sold at the official window at N429.63 to a United States dollar from N4238.13 as the volume of greenback transacted dropped. In the parallel market, due to a resurgence in demand for the greenback and other foreign currencies, the dollar worsened to N675, from N660.

The market experienced a moderate rise in demand from manufacturing and trade -Import and Export- sectors, according to analysts coupled with rising demand for travel allowances by Nigerians. Data obtained from the central bank shows that external reserves decreased by $166.49 million in the just concluded week to $38.88 billion.

Meanwhile, the total turnover or volume of dollars transacted in the Investors and Exporters window decreased by 38.0% from the beginning to $325.60 million on Thursday, with trades consummated within the N415.00 – N444.00 band.

According to data from FMDQ Exchange, the Nigerian Autonomous Foreign Exchange fixing (NAFEX) turnover increased by 20.7% or $12.3 million in the previous week to $71.9 million earlier in August.

Meanwhile, the 3-month and 6-month forward contracts tapered by eight basis points and 194 basis points to close the week’s offering at N438.51 and N452.54 per the United States dollar.

Analysts expect the Naira to trade in a relatively calm manner band across all segments barring any significant market distortions as the CBN continues its weekly FX market interventions.