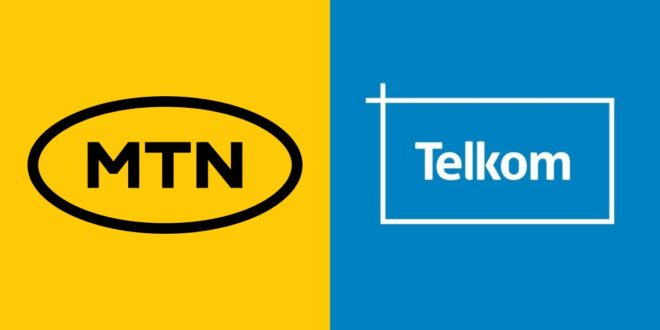 Earlier today, both MTN and Telkom confirmed that they have been meeting and discussing a potential acquisition. They also stressed that there is no certainty these discussions would result in an actual deal.

A successful acquisition of Telkom by MTN Group would enable it to compete better with Vodacom Group in South Africa. MTN Group and Telkom said they have both been engaging in early-stage acquisition talks.

If these talks are fruitful, they could lead to MTN Group acquiring Telkom under a stock/cash-and-stock arrangement.

Both companies have however forewarned stakeholders that there is no guarantee that a deal would actually be signed at the end of ongoing negotiations. Regardless of this uncertainty, the stock market reacted positively to the news, with both Telkom’s and MTN’ share prices jumping 20% and 5%, respectively.

Business Insider Africa understands that the potential deal could be good for MTN Group, bolstering its competition against arch-rival Vodacom Group.

MTN Group operates in more than 20 countries. And while it generates over one-third of its total group revenue from Nigeria where it is a strong market leader, its presence on the home front is a little behind the shadows of Vodacom Group.

Now armed with proceeds from cash proceeds from its recent divestment efforts, MTN is ready to consolidate its presence in South Africa; first by acquiring the smaller rival Telkom.

In the meantime, there is one hurdle MTN Group may have to scale through to be able to acquire Telkom. As analysts at Bloomberg have pointed out, the deal would create a duopoly between MTN Group and Vodacom. And this would raise concerns about fair competition in the South African telecom industry. As such, regulators may have a difficult choice in giving their approval.