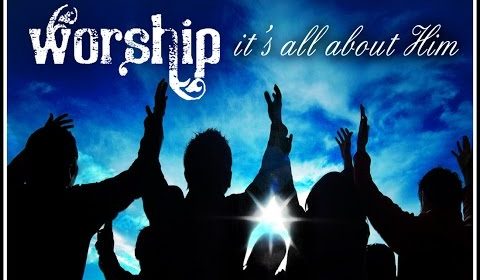 A female friend of mine is a born again Christian. Routinely, she preached the bible to me and invited me to different Christian crusades. One day, I visited her at her furniture showroom. I was appalled by how this “Christian” friend of mine treated her employees. She was so rude and mean to them. At some point, she ordered the sales-girl and the security guard to reposition a three sitter couch. The couch was very heavy and the showroom was cluttered with furniture. So, it was not easy to move the couch from one end to the other end of the showroom amid the clutter of chairs, couches, tables, etc.

As they lifted the couch, trying to reposition it, she, for no reason, kept yelling at them and heaping insults on them. The security guard seemed unperturbed by her yelling and insults. On the other hand, the sales-girl was deeply disturbed by the insults. She cringed at every insult as though they were piercing her heart. Unable to stand the continued bruising of this young lady’s sensitivity by this interminable rain of insults, I offered, “let me help you, this is not a job for a lady”. So, I moved the couch with the security man.

In an Ekenne Dili Chukwu Bus, a very sick man sat on an aisle seat, and next to him, a lady sat at the window seat. He pleaded with the lady at the window seat to exchange seats with him because, due to his illness, he may, at some point, need to throw up. And if he is at the window seat, it will be easy for him to just vomit out of the bus window. The lady refused. Another lady in the bus called the man and exchanged her window seat with his aisle seat. As the bus set in motion, the lady who refused to exchange her seat with the ailing man, evidently, a born again Christian, stood up from her seat and stood in the aisle. She raised a song of praise. She wanted to start preaching so as to win souls for Christ by converting unbelievers to Christianity. Some people in the bus, irked by her earlier demonstrated lack of compassion for a sick man, shouted her down; she sat down.

Is my bible quoting and crusade attending, “born again” female friend a Christian? No, she is not. She is a rude, arrogant woman. Similarly, the born again would-have-been proselytizer in the bus that showed no concern to the plight of a very sick man is not a Christian. You can preach the bible, quote the bible and parade yourself as a born again Christian and still not be a Christian. To be a Christian is to be Christ-like. Most Nigerian “Christians” are not Christ-like. Although they quote the bible with amazing facility, attend church crusades and even convert unbelievers to Christ, they are still wicked, lawless and even, murderous.

It is reasonable to expect that the behaviors and utterances of those born again, washed in the blood of the Lamb, full of the Holy Spirit and destined for eternal life in the hereafter will be remarkably different from the conducts and expressions of those not born again and neither washed in the blood of the Lamb and nor filled with the Holy Spirit. After all, the fruits of the spirit are manifestly and contrastingly different from the fruits of the flesh. And a life ruled by the fruit of the Spirit must differ conspicuously from that dominated by the works of the flesh.

It was in Antioch that believers were, for the first time, called Christians. They were called Christians not because they showed exceptional ability in quoting the bible or proclaimed their being born again with a deafening din, but because they were Christ-like. Evidently, they distinguished themselves from the rest of the inhabitants of the city because their lives were ruled by the fruits of the Spirit: love, peace, kindness, gentleness, self-control, etc as contrasted with the works of the flesh: wickedness, hatred, murder, jealousy, selfish ambition, etc that must have pervaded the city of Antioch.

READ  Catholic Church: The Solemnity Of Our Lord Jesus Christ The King As Represented In The Liturgy

Lamentably, in Nigeria, the Christians by their actions and utterances are not distinguishable from none Christians. Like most other Nigerians, they are sickeningly snobbish, repulsively wealth-conscious, insatiably greedy and unspeakably wicked. And, paradoxically, the more religious (Christianized) the Nigerian society becomes the more sinful, lawless and inhumane it becomes. The more the pastors preach, the more the society, even within the churches, is suffused with selfishness, dishonesty and other vices that the Bible stated should not exist among Christians.

This is because most Nigerian men of God, especially, Pentecostal pastors cannot exemplify the teachings of Jesus Christ. With their own problems of greed, self-indulgence, selfish ambition, falsehood and contempt for the poor and needy, they pervert the Gospel with their prosperity doctrine. Instead of righteousness, love, kindness and contentment, prosperity doctrine exalts prosperity, materialism and greed. It gives the false impression that the object of Christianity is the enrichment of believers.It fixates on wealth and the good life, which the Bible taught us, are only corollaries to Christianity: things that will be added to the lives of Christians after they have sought “first the kingdom of God and all its righteousness”.

With the convolution of the Gospel by prosperity doctrine, many Christians lost sight of the essence of Christianity, salvation, contingent on the acceptance of Jesus Christ and upholding His precepts: love God with all your mind, heart and soul and love your neighbor as thy self. They became obsessed with materialism and prosperity at the total disregard of the central tenets of the Gospel of Jesus Christ. Thus, they profess Christianity but cannot be Christ-like.