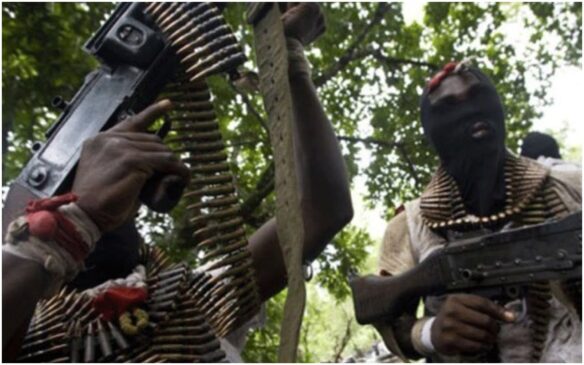 No fewer than five persons were allegedly shot by unknown gunmen while they were having a meeting in Okporo, Orlu local government area of Imo State,  Thursday.

According to Police, “They were having a meeting when the gunmen came and attacked them.”

However, at the time of filing this report, the police command was yet to say how many of them were confirmed dead and how many of them were shot by the unknown gunmen. But the viral video captured at least five persons with gunshot injuries, some of them shot in the leg and hand as they were crying for help.

It was observed that about two persons lying helplessly may not have survived the gunshot injuries. It also showed sympathizers who came trying to assist the victims including an aged woman lying close to one of the victims suspected to be her son and crying uncontrollably.

The woman was crying and calling for help for her son to be taken to the hospital for treatment. Just as another gunshot victim was dragging himself and shouting for help.
The victims were all soaked in blood gushing out from the gunshot injuries as well as blood stains at the compound where they were having their meeting.