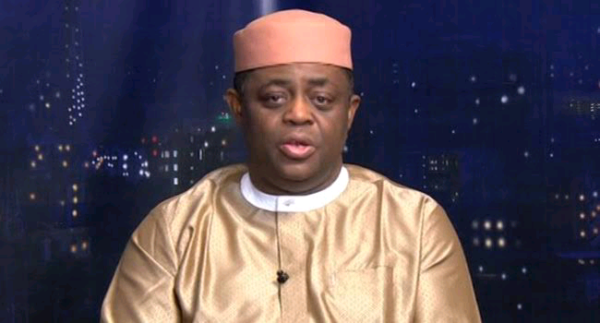 No fewer than 22 Senators on the platform of the ruling All Progressives Congress may dump the APC for the main opposition People’s Democratic Party, PDP, a chieftain of the ruling APC, Femi Fani-Kayode has hinted.

According to a statement issued via the verified Twitter handle of Fani-Kayode, the Senators are threatening to decamp the PDP because they have been denied the tickets to return to the Senate.

His words, “This is serious and something must be done to prevent it. Many are concerned and we urge our able Nat. Chairman and the National Secretary to reach them. We cannot afford to lose them.

Meanwhile, the National Chairman of the APC, Adamu Abdullahi had met with the party’s senators.

Adamu also met with the President of the Senate Ahmed Lawan for a brief meeting before the general meeting at the National Assembly complex.

It was learnt that the number of APC senators has been reduced to 62, by the virtue of those senators who failed to secure return tickets to the chamber.

Recently, two senators from Bauchi and the Imo States resigned their membership of the All Progressives Congress and Peoples Democratic Party respectively during the Senate plenary.

In a separate letter addressed to Lawan, the Senators conveyed their decision to resign their membership of the APC and PDP, to join the Labour Party and New Nigeria Peoples Party, NNPP respectively.